Is it true that white dogs are deaf? 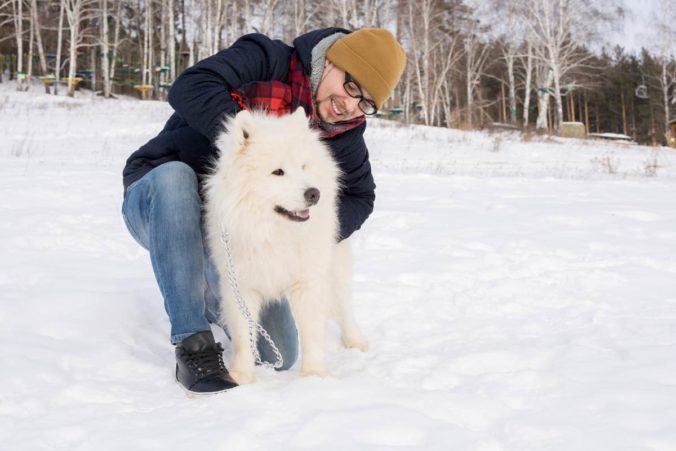 Is it true that white dogs are deaf?

Is it true that dogs with predominantly white fur may be prone to deafness? Approximately 85 different breeds are known to have the characteristic known to cause congenital deafness. So is it myth or reality? We will tell you everything below.

What is deafness in dogs?

Deafness is defined as a hearing loss caused by an interruption in the delivery of sound to the brain. When the sound waves reach the eardrum, it begins to vibrate, causing the bones of the middle ear (or “ossicles”) to vibrate as well. These vibrations reach the fluid-filled, spiral-shaped cochlea of ​​the inner ear, creating ripples.

All this causes a change in pressure and forces the hair cells of the cochlea to move. These hair cells are connected to the auditory nerves, causing a nerve impulse through the auditory pathway that connects to the brain. Deafness occurs when during the course of this process it fails at some point.

So … Are all white dogs deaf?

The ability to listen is possible thanks to a special layer of cells inside the inner ear. This layer of cells, and the cells that determine the color of a dog’s hair, come from the same source of stem cells. Without this stem cell, the dog’s body will not be able to produce this specialized layer of auditory cells and will likely have a white coloration.

Dogs that carry the piebald gene (affects the distribution and amount of white color) are often affected by deafness. Piebaldism is the result of the absence of melanocytes, the cells that create the pigment melanin. These melanocytes are the part of a dog’s DNA that determines coloration, such as brown or black hair, or blue or brown eyes (blue eyes are not a true eye color, but result from a lack of pigment that produces color inside the iris). When a dog is born without melanocytes, the result is a predominantly white coat (and often blue eyes). Breeds commonly affected by the piebald gene include Bull Terriers, Huskies, Boxers, English Setters, and Dalmatians.

Congenital deafness is also linked to the merlé gene, which causes a dog to have mottled fur and blue eyes. Breeds commonly affected by the merlé gene include Sheepdogs, Teckels, Corgis, and Border Collies.

How to assess your dog’s hearing

The only way to effectively assess a dog’s hearing is through a Brainstem Auditory Evoked Response Test (BAER), which assesses the components of the external ear canal, inner / inner ear cavities, cranial nerve, and Selected areas of the brain stem. The electrodes are placed on the head to measure electrical activity within the brain, then a series of clicks are made through headphones placed over the dog’s ears and responses are recorded. If there is an auditory deficit, the response to BAER will be null (flat line) or of a reduced amplitude.

BAER tests can determine if a dog is deaf in one (unilateral deafness) or in both ears (bilateral deafness). Also keep in mind that tests on puppies less than six weeks old can produce false positive results.

If you suspect that your dog may have hearing problems regardless of the color of its coat, do not hesitate to make an appointment with our clinic so that we can carry out the appropriate tests and can provide the appropriate treatment.

Differences between neutering or spaying your pet