¿What types of lizards can you have as a pet? 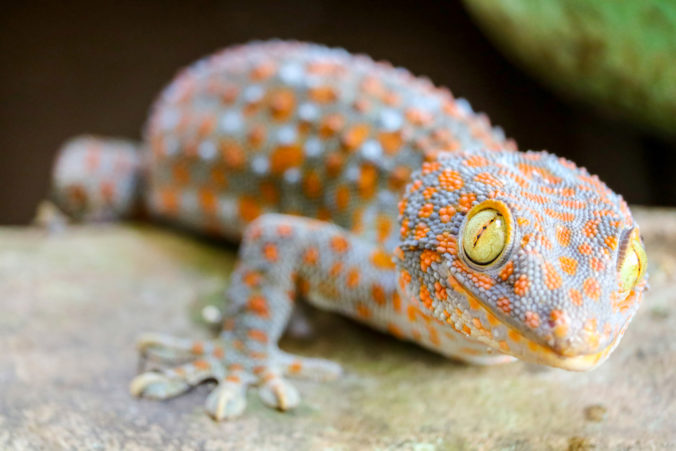 ¿What types of lizards can you have as a pet?

There are many factors to consider when deciding to adopt a pet for the home. The matter becomes even more complicated when we think of having an exotic animal at home, as is the case with lizards. The physical space, the type of lighting and the care in their diet, are just some of the considerations to take into account for a correct decision.

That is why we believe it is convenient to give you some guidelines about what types of lizards you can have as a pet, so that your decision is the best one.

Some considerations about lizards

Lizards, belonging to the group of reptiles, comprise more than 5000 species with particular characteristics. There are different sizes, with and without legs, bright and discreet, insectivorous or omnivorous. Most of them are able to move quickly and skillfully and have a long tongue that allows them to smell around them.

Generally, a lizard can live in its natural habitat for about 25 years, although there have been cases of lizards raised in captivity that have survived until past 30 years. Although scientists have studied in detail various species of lizards, not enough is known about them.

These animals are very intelligent and have particular characteristics to attract their partners and face threats; In addition, they can use body language to communicate with each other.

The most popular types of lizards to have as a pet

The Leopard Gecko is the ideal type of lizard for those who are going to have these types of animals as pets for the first time. Coming from the desert areas of Asia, it is a plump-bodied insectivorous, very popular and easy to care for.

For its part, the green iguana is also one of the most popular lizards among beginners. Its origin is American and is easy to care compared to other animals of its kind, just take special care with the temperature as they are accustomed to tropical climates.

Another one of the very easy-to-care lizards is the bearded dragon, although it demands a large terrarium provided with artificial solar radiation, so the investment necessary to have it as a pet is usually more burdensome.

The green anole, also known as the American chameleon, is a genus of lizard from the Caribbean, Central and South America. Some of them have the peculiarity of changing color and, despite being very common to have them as pets, the investment to condition their environment can be high and they are a bit more delicate than the previous species.

The horned lizard, coming from the deserts of the border between Mexico and the United States of America, can also be raised as a pet, although due to its special characteristics, its care can lead to many difficulties, especially with regard to its diet .

One of the most appreciated lizards by reptile breeders is the green basilisk, due to its appearance and color. This lizard is medium in size and needs to be raised in an extensive terrarium with a tropical temperature. It feeds on both plants and small lizards and rodents.

The blue-tongued lizard is a lizard native to Australia, New Guinea and Tasmania; It has a wide and triangular head, has a robust body, blue tongue and pink mouth. It is a tame and domesticable species, but it needs an extensive habitat since it is used to long walks.

Originally from Yemen and accustomed to living in forests and desert areas, the veiled chameleon is a type of lizard that requires a type of intermediate care at the domestic level. It feeds mostly on insects, although in its adult life it includes some vegetables in its diet.

The most difficult types of lizards to care for

Basically, certain types of lizards are more difficult to keep in captivity due to their large size or the need for large extensions for their care; Therefore, their upbringing is recommended only for specialists. Let’s see some of them.

Originally from the African desert, the spiny-tailed lizard has the characteristic of using its tail as a defense system against aggressors. It reaches about 50cm and its characteristic color allows it to go unnoticed in its surroundings, protecting itself from danger. It is possible to have it as a pet, although it requires large dimensions.

The Argentine black and white tegus can measure up to a meter and a half, so a large space is required for its care. This species is not climbing and spends most of the day hidden, so you must have a special box to shelter it. It should be kept slightly moist and your diet should include crickets, flour worms and wax worms.

The savanna varano or savanna monitor is a type of large lizard and very popular among experienced breeders. They are usually aggressive in nature and their diet is composed, initially, of insects, spiders and scorpions, and then, in adulthood, rodents, birds and frogs.

Recommendations before having a lizard at home

If this is the first time that you are going to have a lizard as a pet, it is necessary to consult with the exotic veterinarian about the possible risks of raising it. We recommend you start with the smallest and most docile types of lizards.

Lizards tend to grow a lot during their first year of life, so you should provide a terrarium of adequate dimensions for breeding. As a general rule, it is estimated that the size of the terrarium should measure at least three times the size of the lizard in adulthood, both long and tall.

Consult with the specialist about the accessories with which the terrarium should be equipped, as well as the type of food that you should include in your diet.

Mites in birds: What they are and how to eliminate them

Tips for cleaning teeth in dogs