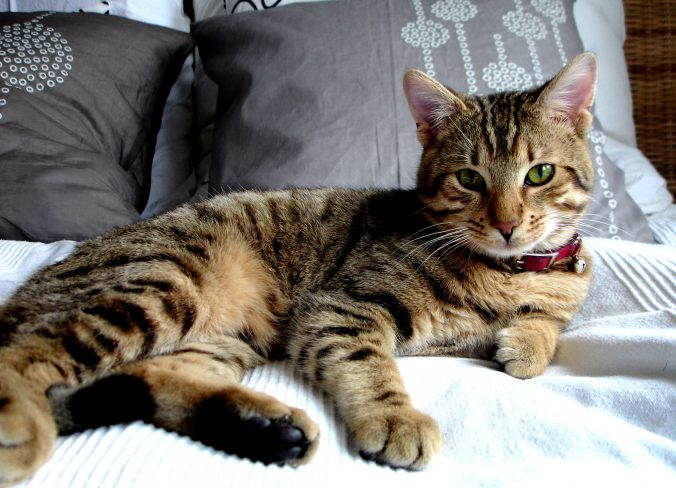 Toxoplasma gondii is a coccidium, an obligate intracellular parasite that infects virtually all warm-blooded species including humans. T. gondii infection is very common: between 30-40% of the world population is seropositive.

Toxoplasmosis in people can occur in different ways: In immunocompetent people, it causes subclinical symptoms or mild illness similar to influenza.

In immunocompromised people (such as AIDS patients, patients undergoing chemotherapy or immunosuppressive drugs, patients with leukemia or lymphoma, etc.), severe and even fatal forms can appear with pneumonia, myocarditis and meningoencephalitis. In these people the clinical picture may be due to a recent infection, but more frequently it is due to the reactivation of an old infection as a consequence of the state of immunosuppression.

In pregnant women not previously exposed to T. gondii (seronegative) infection can cause abortions, neonatal deaths, significant congenital malformations and severe neurological sequelae in the fetus.

The severity of the picture produced by infection with Toxoplasma gondii during pregnancy varies with the age of the fetus at the time of infection; It is higher in infections contracted during the first trimester of pregnancy.

However, if the pregnant woman has been infected prior to pregnancy (and therefore has antibodies against T. gondii), the infection will never occur to the fetus since its immunity protects against new reinfections.

In Spain, the detection of antibodies against Toxoplasma gondii is part of the routine tests performed in the gynecological examinations that the woman attends during pregnancy.

Toxoplasmosis in cats is a rare disease. The cat represents the definitive host for this parasite (check life cycle at the end of the document) and the vast majority of carrier cats never show clinical signs of disease at the time of infection. When these occur, the severity of the condition depends on the organ affected and the degree of necrosis that the parasite originates.

In immunosuppressed cats and kittens it can cause severe symptoms with pneumonia, liver disease, pancreatitis, myocarditis and encephalitis.

In immunocompetent cats, it may occasionally induce the presentation of fever, myositis and ocular disease, mainly uveitis.

Since the cat is the only animal that can eliminate the infective forms of the T. gondii parasite in feces, it is common for physicians and gynecologists to warn women who are pregnant or with plans to have children about the potential dangers of contact with cats. .

There are numerous scientific evidences that show that the contagion of T. gondii to humans by contact with the feces of an infected cat is unlikely and that the vast majority of people who become infected do so through the ingestion of little meat cooked, ingestion of vegetables or vegetables contaminated with oocysts of the parasite or by direct contact with contaminated soils. It is therefore wrong to assume that whenever a person is infected with T. gondii, the source of the infection has been contact with a cat.

Cats infested by T. gondii are responsible for disseminating the parasite to the environment within their droppings, but the newly eliminated cat feces do not pose a real risk of contagion, since they contain oocysts not yet sporulated that are not infectious. To be infectious, oocysts must sporulate, which occurs between 24 hours and 5 days after the stool is deposited.

During the first infection by T. gondii, the cat releases oocysts not sporulated through the feces for only one to three weeks and, after that, remains as a carrier of cysts in its muscles and viscera. As of this moment, it does not eliminate oocysts in the feces and, therefore, does not pose a risk to people.

The scientific evidence currently available shows that the spread of toxoplasmosis of cats to people, including pregnant women and AIDS patients, is highly unlikely following basic hygiene standards. Therefore, we consider completely unjustified the abandonment or rejection of the cats in case of a pregnancy in the family, although this is the advice of some doctors.

Cats bring numerous psychological benefits and emotional well-being to people who enjoy their company, especially when they are part of the family as one of its members.

The usefulness of carrying out blood tests to determine if a cat is seropositive or seronegative is debatable since it does not indicate whether or not the cat is eliminating oocysts at that time and also the preventive and hygienic measures that the pregnant woman should take should be the same in both cases.

Guide for the responsible acquisition of pets