¿What are the symptoms of toxoplasmosis in cats? 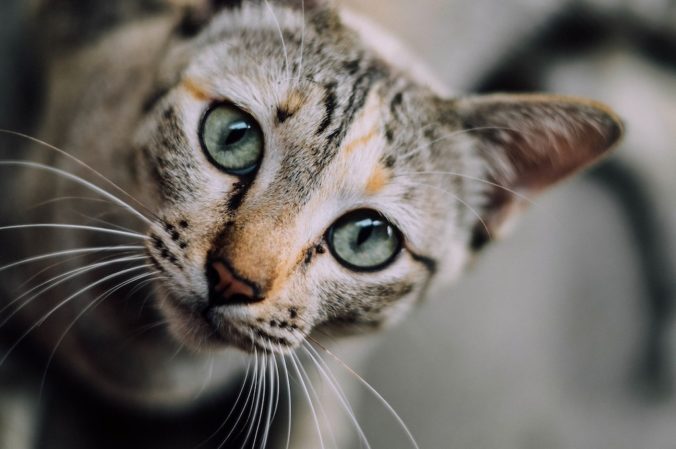 ¿What are the symptoms of toxoplasmosis in cats?

Toxoplasmosis is an infectious disease caused by a parasite called toxoplasma gondii. It is transmitted by eating contaminated food, especially raw meats and poorly cooked vegetables that have this parasite. Let’s see a little more in depth the characteristics of this disease and its relationship with cats.

How is the infectious process of toxoplasmosis developed?

The oocysts dissolve in the digestion releasing sporozoites that are distributed by the intestinal walls of the cats, reaching the small intestine and thus beginning the multiplication asexually. These oocysts are expelled into the environment by feces, which is what generates the epidemiological chain. When expelled, they sporulate in an ideal environment.
Bacteriologists Nicolle and Manceaux discovered this affectation for the first time by analyzing the cells of the liver and spleen of an African rodent. The belief that the only ones affected by this parasite are felines is uncertain, both aquatic and terrestrial animals, mainly birds and mammals, including humans, are prone to be infected; however, the most affected are felines, particularly cats, because they are the only definitive hosts that release oocysts to the environment.

Symptoms of toxoplasmosis in cats

They will depend directly on the stage of the cycle. In the initial enteroepithelial phase, symptoms begin with vomiting, diarrhea, fever between 40 ° C to 41 ° intermittently and weight loss. The symptoms of toxoplasmosis are easily manifested in kittens or cats with weak immune systems.
When the cat has low defenses and, in addition, the oocysts that the animal has consumed are mature, the symptoms may manifest as fever and difficulty in breathing.
Cats with a strong immune system do not tend to show noticeably serious symptoms, but, when noticing any change in behavior in them, it is recommended to take them urgently to the veterinarian.
While the affectation continues, the symptoms of toxoplasmosis in cats evolve in the following way, beginning to manifest in the extraintestinal cycle phase:
Respiratory commitments: asphyxia or breathlessness when breathing, increased respiratory rate, sneezing causing nasal discharges and abundant mucus secretion.
Digestive commitments: abdominal pain, constant diarrhea, increased bilirubin in the blood causing yellowing of the skin and mucous membranes, as well as liver involvement and pancreatitis.
Neuronal commitment: Decrease in temperature, described as hypothermia. Auditory contraction that causes lack of coordination and / or torticollis. Somnolence accompanied by fatigue, pain in the joints and even paralysis of some organs. The increase of affectivity in the feline relates it to this affectation.
Ocular commitments: Irritation and haemorrhages in the cat’s retina, poor visual acuity and inflammation.
Skin Commitments: Ulcerations such as these develop cell necrosis creating lesions.

Care to avoid toxoplasmosis in cats

Toxoplasmosis not diagnosed early or treated incorrectly, can cause the death of the feline. The cats with street habits are more prone to contract the parasite, due to the great contamination that they find in the water, soils and infected foods. Clindamycin is the drug most used to eradicate the parasite and counteract its effects.
In hot and humid climates, the parasite is more common, while, in high temperatures, drought or low humidity, its resistance is lower. The way to prevent the proliferation of toxoplasmosis in cats is prevention; It should be washed with hot water and disinfected where the cat defecates, filter the water before consumption and control street habits. As soon as you detect any of its symptoms, it is strongly advised to go to your trusted veterinary clinic.

We tell you all about herniated disc in dogs