What is pyometra about and what are the symptoms 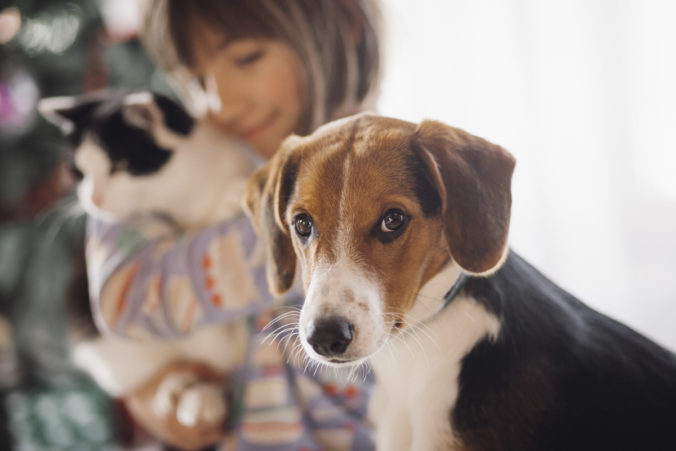 What is pyometra about and what are the symptoms

An infection in the uterus generated by various factors can produce pyometra, a disease suffered by dogs and cats in reproductive age and that can become fatal if not treated in time, hence the importance of acting urgently at the time it is detected .

This condition can also occur in ferret, rabbit and guinea pig females, although less frequently. It usually occurs after heat, when progesterone levels are higher and usually causes future kidney problems to the specimens who suffer from it.

Pyometra is an infectious hormonal disease of the uterus and whose development, despite being known for many years, is still a subject of study by scientists. Although this pathology is caused by the presence of bacteria, it is known that progesterone and estrogen play a preponderant role in the development of this condition.

Various tests performed on the uterine tissue of infected animals show the presence of bacteria that are usually found in the vagina or intestines, so it is considered an ascending infection that comes from the vagina, fecal contamination or a simultaneous urinary infection.

However, during the luteal phase of the animal’s reproductive cycle or heat, progesterone reaches very high levels in the blood, considering it as the main responsible for the pathology.

In addition to compromising the female’s reproductive capacity, the pyometra can also be lethal to the animal. Its prevalence is very high in middle-aged and adult females, as well as in the younger ones who have received some type of hormonal treatment.

In this way, pyometra is produced as a result of a considerable increase in progesterone levels, which develops hyperplastic changes in the mucous membrane that lines the uterine cavity, favoring secondary bacterial contamination.

In the vast majority of cases, the agent that causes the infection is the enterobacteria Esterichia coli, while staphylococci and streptococci are involved to a lesser extent. In young females, the exogenous administration of estrogens or progestogens can also boost the onset of this disease.

Classification and diagnosis of the disease

Taking into account the local clinical signs, pyometra can be classified into two types; the pyometra with a closed neck, in which vulvar discharge is not observed because the cervix is kept closed and is usually accompanied by abdominal distension; and the pyometra with an open neck, in which vulvar discharge is observed continuously or intermittently due to the permeability of the cervix

Also, it is possible to classify the disease according to its evolution, which can be acute, associated with septicemia and that causes death in a very short time, although it is not the most common; or chronic, which is the most frequent and has acute renal failure as its most serious complication, which can also cause the death of the animal.

To make a proper diagnosis, the veterinarian takes into account the status of the affected female, which is usually found in the final stage of heat, called the right-handed phase. In addition, consider whether there is a history of estrogen or progestogen administration.

Some of the characteristic clinical signs of the disease are:

Physical examination and some complementary tests such as taking radiographic plates, ultrasound and hematology, can help to obtain a definitive diagnosis of this disease.

If there is an associated renal condition, the prognosis of pyometra is very serious, so it is essential to evaluate the levels of urea and creatinine.

Surgery is the traditional treatment of this condition, which represents the end of the female’s reproductive life. However, at present there is a medication-based treatment that avoids the surgical procedure, although its effectiveness is conditioned by the level of severity of the condition, the age of the female or the presence of another concurrent disease.

Pharmacological treatment, which consists of the administration of prostaglandins and antibiotics, presents favorable results only after 48 hours of initiation, which is why it is not recommended in the most serious cases; In addition, it brings with it some side effects such as tremor and excessive salivation, although its appearance will depend on the dose, route and frequency of administration.

In case it is not possible to opt for pharmacological treatment or this has not provided the desired results, the veterinarian will propose the surgical alternative, the latter being the only possible option to treat adult bitches or when the disease status is serious.

The surgery involves the removal of the uterus and ovaries and is considered the safest solution, representing the most used treatment in most cases. During the postoperative period, the signs of infection must be monitored in order to avoid any complications in the animal’s health.

When the surgical procedure has been performed in time, the evolution of the animal is favorable, however, according to certain factors such as the disease status or the age of the female, there is a possibility that the pet does not support the surgery and die during the procedure or in the postoperative period.

Also, we must consider that it is usual for females who have suffered pyometra to suffer from renal failure for life, a condition that must be controlled by the veterinarian.

Because of its condition as a serious infectious disease, it is essential that the pyometra be detected in time, in order to safeguard the animal’s health; Thus, before the first suspicions, it is recommended to take it as soon as possible to a veterinary review. In addition, it is advised to use only contraceptive medications in females and perform early sterilization when they do not want to have offspring

Tips and recommendations to care for a clownfish