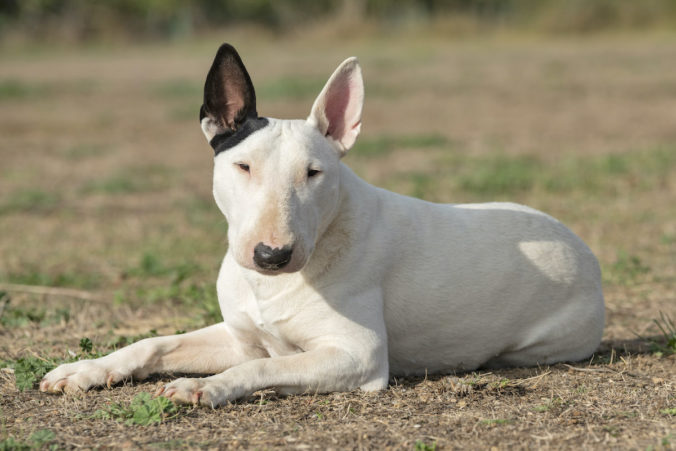 Although specialists believe that the danger of a dog is not linked to its breed but to its aggressive behavior, there is a royal decree in our country that lists as potentially dangerous dogs – PPP a series of dogs of certain breeds and that They comply with a series of physical and behavioral characteristics.

What are the breeds of dogs considered potentially dangerous in Spain and what is the regulation that owners must follow for their possession? To answer these and other questions, we have prepared this article for you.

However, the crosses of these races, those that show aggression towards people and those that meet the following physical characteristics are also considered PPP:

Also, those who have carried out attacks on people or animals are considered PPP. Thus, all those animals, regardless of whether they are within the indicated breeds, become potentially dangerous if they have carried out an attack on a person or other animal and there is a complaint involved.

The possession of this species of animals is specifically regulated through this state law of potentially dangerous animals, which states that it is necessary to have an administrative license granted by the municipalities where the owner resides and, to request it , must meet a series of requirements.

Requirements to be met by potentially dangerous dog owners

Those who wish to adopt a dog classified as potentially dangerous should go to the town hall to obtain a license for the possession of potentially dangerous animals. Also, they will need a civil liability insurance that covers damages to third parties for a value not less than 120 thousand euros.

Any person of legal age and without a criminal record may have a license, which will be valid for five years; In addition, the dog must wear a muzzle on the public road and a leash not exceeding 2 meters. Also, the owner should never walk two PP dogs at the same time.

In summary, owners of potentially dangerous dogs should:

According to the law, each time the owner takes his dog for a walk, he must carry the respective license, which is his own and not transferable. The caregiver must also inform the relevant authorities of the death, loss or theft of the animal, within a period not exceeding 48 hours after the event occurred.

In our country, the way to define dogs as potentially dangerous is based on the breed or crossing of specific breeds. This generality makes people perceive a large and robust dog as dangerous, when it is not necessarily so.

Aggressive behaviors manifested by dogs occur as a result of fears and anxieties. Thus, dogs tend to react violently when they feel threatened, acting aggressively in response to punishment or to defend what they consider their territory.

Genetic characteristics and the environment in which they are raised, are fundamental conditions that determine the aggressiveness of an animal, hence the main criticism of the regulations, since it considers as PPP those dogs that belong to certain specific breeds or that have aspects morphological determined.

That way, it would be enough for a dog to be genetically balanced, to be raised in a healthy environment and to be well trained by its owner, so that it is not dangerous. The bond you generate with your caregiver is essential for the animal to have a good character in the future.

That is why veterinarians insist on the period of socialization that dogs should go through when they are puppies, which will allow the animal to have positive experiences with people of all ages, with other animals and with the environment in general.

This period of socialization must take place before the dog’s twelve weeks of life; Thus, the puppy will manage to consider the interaction with its environment as normal. The absence of such positive experiences at an early age generates distrust, fear and aggressiveness in the animal.

In addition to the eight breeds of dogs considered to be potentially dangerous by law, the physical characteristics included in the law mean that other breeds such as burgundy bulldog, boxer or Neapolitan mastiff, among others, are also considered dangerous.

Tricobezoares in cats: is it normal for cats to vomit hair?

Steps for cardiopulmonary revival in dogs