5 things you need to know about Pomeranian dogs 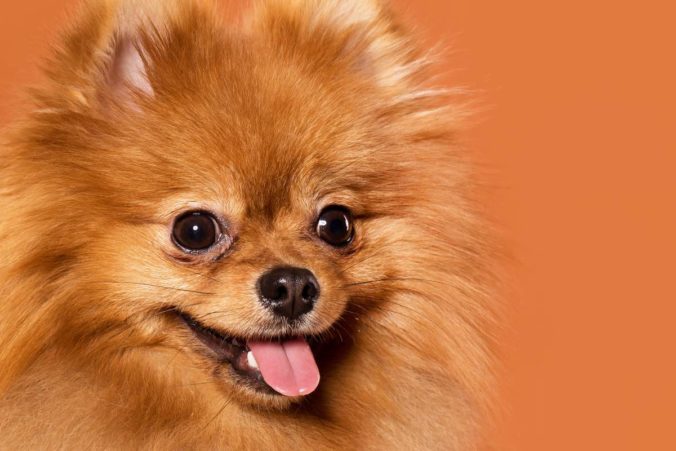 5 things you need to know about Pomeranian dogs

Pomeranian dogs are one of the most elegant and desired by lovers of the smallest breeds. Due to its size and coat, it is inevitable to compare its appearance with stuffed animals, or want to offer them all the love and affection in the world in our arms. Are you thinking of purchasing a Pomeranian breed dog? It will be convenient for you to first inform yourself of some aspects, that’s why, we will not only give you general information about this breed, but we also offer you 5 curiosities about them that you will love to know.

The Pomeranians are a popular breed for their personality, inquisitive and temperamental, but very fun and playful. Everyone sees them as an adorable breed, ideal to take everywhere. But they are much more than that. Here we will tell you 5 things that you surely did not know about them:

Although named for the Pomeranian region of Central Europe, this breed of dog is actually a descendant of a large Arctic working dog, the German Spitz (hence its large coat). The Spitz group also includes Huskies, Malamutes, and Samoyeds, and all generally have thick, dense fur, pointy ears, and tails that curl around the bottom of the spine.

The Pomeranian that we know today was born thanks to the crossing of the original Pomeranian, which used to weigh from 13 to 20 kilos.

The popularity of the Pomeranian is not current. Already during the 18th and 19th centuries it became a breed desired by all thanks to Queen Charlotte (1744-1818) and Queen Victoria (1819-1901). Queen Victoria, a huge fan of this breed, even asked that Turri, her favorite Pomeranian, be placed on her deathbed next to her.

The British royal family greatly influenced the evolution of the breed, since they had a kennel where they raised and mixed the breed. Interestingly, the size of the Pomerania decreased by up to 50% during Queen Victoria’s reign.

Did you know that in 1912 three dogs survived aboard the Titanic, and two of them were Pomeranian dogs? One of them was called “Lady” and was able to escape with her owner in one of the lifeboats, the other, was able to live thanks to the fact that her owner hid him in her lifejacket.

The Pomeranian has more coat colors than any other breed of dog. Its wide variety include white, black, brown, sable, reddish, orange, cream, tan, brown, tabby … as well as combinations between those same colors. Still, the most common colors today are orange, black, or a combination of cream and white.

The most common health problems among these dogs are: hypothyroidism, valvular heart disease, ear infections, patellar dislocation, dental infections, cavities or abscesses. That is why it is important to keep track of your health up to date with your regular vet.

Some more facts about the Pomeranians

In general, dogs of the small size Pomeranian breed usually weigh between 1.5 kilos and 3 kilos, measuring between 15 cm and 20 cm. Its coat is usually double-layered: a shorter inner layer and a longer outer layer. The fact that there are so many colors for its coat makes almost every dog ​​unique, making it an even more special dog.

Pomeranian dogs are very intelligent and attentive to what happens in their environment, and due to their size, they are happy inside the houses, always enjoying the company of their humans.

When they are puppies, they do not need much care in their hygiene, but as they grow you will have to pay more attention to their fur. In addition to brushing it regularly, you must attend to the cut of your nails, clean your ears well and trim your hair.

As for vet check-ups, it will be important to conduct ophthalmological reviews, periodic cardiac exams, and patella evaluations.

As with the rest of the races, if you want to train it, the best thing to do is start from a young age. The sooner they learn to leash and take your call, the better. It will also be important that you take care of your Pomeranian dog’s joints, as they tend to want to jump a lot when they ask for attention or want to get somewhere, and this can damage them in the long term.

They are “lap dogs”, who enjoy being with their owners, but they are also active and playful dogs. Make sure to give him good daily play sessions and socialize with small dogs of his size in the first place, and then let him meet other bigger ones, so he doesn’t develop fear. As for his life expectancy, he is around 12 and 16 years old according to his state of health.

What type of human is best for a Pomeranian?

Dogs of this breed are ideal for family life, as long as children are old enough not to be too rough on them. When they are puppies, they are very small and fragile dogs, so children can unintentionally hurt them almost without realizing it.

Due to their size, they are also suitable for urban life, but not very suitable for long walks or too much outdoor exercise. So if you are not a very active person, you are the perfect human for this race.

What causes the PBFD virus in lovebirds?

Fear of firecrackers and fireworks: how to help your dog?