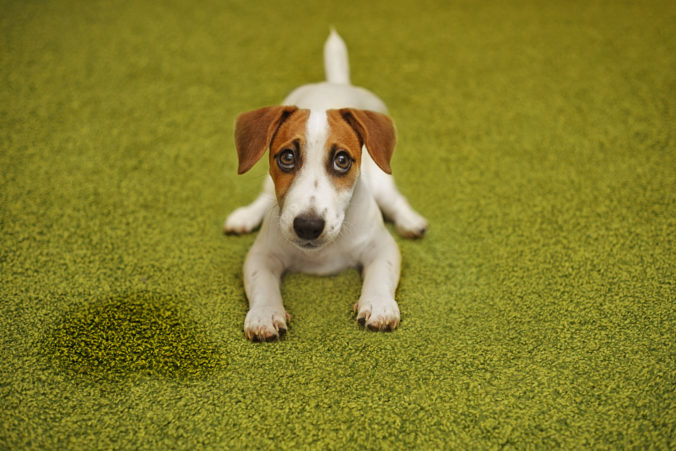 In hospitals and veterinary centers it is common to receive dogs and cats affected by this syndrome. Their owners describe how their animals drink water nonstop, and then make urine very often, sometimes in large quantities. This problem can occur for various reasons. Do you want to know more about polyuria-polydipsia syndrome? Next we will talk about it.

What is polyuria and polydipsia?

In general, polyuria is the increase in the volume of urine eliminated by a cat or dog. Polydipsia, meanwhile, is the growth in fluid consumption (or rather the increased thirst) of these animals. To get an idea of ​​the normal amounts or volumes, in the case of cats polyuria is considered when they eliminate more than 40ml / kg per day, and polydipsia is referred to when more than 45ml / kg of water per day.

As a general rule, polyuria usually appears first and then, the same organism trying to compensate for the lost liquid, causes polydipsia.

Why does polyuria-polydipsia syndrome appear?

Depending on the cause of polyuria-polydipsia, some symptoms or others will be found in the animal. For example, if it were kidney failure, the syndrome could be accompanied by bad breath, symptoms of anorexia, dehydration and even vomiting. If instead, it were caused by diabetes, signs such as loss of appetite and weight, or obesity (depending on the type of diabetes the dog or cat suffered from) could be found.

Some common causes of polyuria-polydipsia syndrome are also often other diseases, such as:

How to diagnose polyuria-polydipsia syndrome

There are diseases that can produce the same clinical picture of the polyuria-polydipsia syndrome. That is why the vet will carefully analyze the animal’s medical history, and will do a series of urine and blood tests, as well as ultrasound and radiography studies.

It will be important to differentiate polyuria syndrome from other types of disorders related to urine, such as urinary frequency or urination (associated with cystitis), territorial markings due to heat or stress, or urinary incontinence of the animal caused by problems of bladder and urethra.

If after the first tests the veterinarian still does not have a clear diagnosis, he may want to augment the examinations with bile acid stimulation tests, a urine culture, or measurement of GFR (glomerular filtration rate).

At the end of these analyzes, if it continues without diagnosis, one could be faced with two possibilities: central diabetes insipidus (it is the partial or total impossibility to release or produce desmopressin), or primary polydipsia, where a test must be carried out in which The animal will not be allowed to drink water.

It is a rare pathology, and is generally suffered by dogs, specifically very nervous females. It consists of an uncontrolled intake of water by the animal that ends up causing polyuria.

Treatment for primary polydipsia consists of the gradual withdrawal of water and, above all, the treatment that is usually the trigger: stress. Therefore, you must follow the guidelines that your vet sets for you.

Do you think that your dog or cat suffers polyuria-polydipsia?

If you think that your animal may be going through this disease, you should observe and control a lot the moments when it comes to drink and urinate. Possibly, if it is a cat, it is easier to control these moments, since it will be enough to check the litter and observe if it needs to be changed more frequently.

As for polydipsia, you should pay close attention to each time you fill your water bowl and, if possible, each water intake of the animal. If for example, under normal circumstances (a normal day of walking, without excess exercise) you used to fill your container every morning, and at the end of the day you had only drunk a quarter of your total, but now take half or more, you will want say that your consumption has increased too much, and therefore you may be suffering from polydipsia

Tips for owners of animals with polyuria-polydipsia

Be clear that the vet will be the expert who examines the animal and makes a complete diagnosis, as well as a treatment tailored to the needs of your animal to eradicate the polyuria-polydipsia syndrome, but as an owner there are some recommendations that you can follow to help to your life partner: