Everything you need to know about the New Guinea singing dog 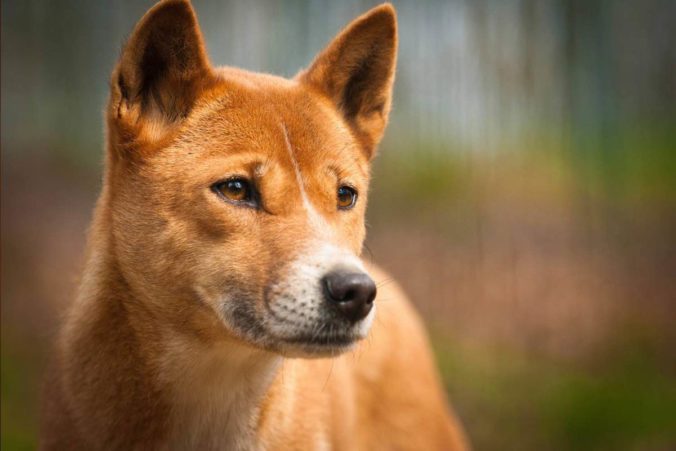 Everything you need to know about the New Guinea singing dog

The New Guinea Song Dog (Canis lupus hallstromi), as its name suggests, is a native New Guinea canid, which according to some genetic tests is a close relative of the Australian dingo.

It is believed that this dog arrived in New Guinea approximately 6,000 years ago in a state of pre-domestication, as the dingo would have done in Australia, and evolved in this peculiar place to become the animal that it is today.

To put ourselves in context, it is worth mentioning that the island of New Guinea is the second largest island in the world, and is located in the Indo-Australian archipelago, north of Australia. It is an island with a great ecosystem, made up of meadows, coasts, marshes, tropical rainforest and mountains with peaks up to 4,800 meters high, including glaciers. Its diversity means that New Guinea has a very wide biodiversity, and a very high percentage of species. Thanks to its proximity to Asia as well as Australia, the animals that live there are a mixture of Asians with Australians.

And it is in this peculiar place where the singing dog evolved. Its natural habitat is the mountains, specifically the most inhospitable, cold, humid and very uphill areas. With these characteristics in the terrain and the climate, the human population of these sites has always been small, so that until recently they have not been explored. Thanks to this, the singing dogs of New Guinea have remained isolated from the common dogs of the rest of the island, so they have barely hybridized.

They are intelligent animals and difficult to reach or treat closely, because of their evolution in the wild. Still, it is thought that through proper training they could become pets and live with humans.

They have a unique gift with their ability to howl in a similar way to the wolf, but unlike the wolf, they can modulate the pitch, so that when they howl they almost seem to sing. And that is precisely the reason for its name.

Another of its most peculiar abilities is its tendency to climb and rest in high places. What’s more, they are capable of climbing trees with little difficulty. Birds are abundant in New Guinea, and the singing dog’s diet is believed to include large numbers of birds.

It shows a thick coat that varies in color from ocher, cinnamon or red to brown or black, and has peculiar grinds of considerable size.

Another characteristic is its head turn, where the singing dog throws its head up and back, and straightens it again, in order to attract the attention of another individual. They have long tails, with different patterns of white spots, which they use to communicate and identify themselves from afar.

Females go into heat only once a year, just like dingoes or wolves.

Their behavior during riding is very peculiar, since apart from making the knot characteristic of dogs, the female has very strong abdominal contractions and emits high-pitched moans during copulation. When they become pregnant, females give birth to an average of 4 cubs in the same litter.

It is known that approximately 200 specimens currently live in captivity around the world, however, this breed is very inbred due to the lack of new genes.

Causes and solutions of constipation in dogs

What are the smallest birds in the world?