Malinois canary: learn everything about this domestic bird 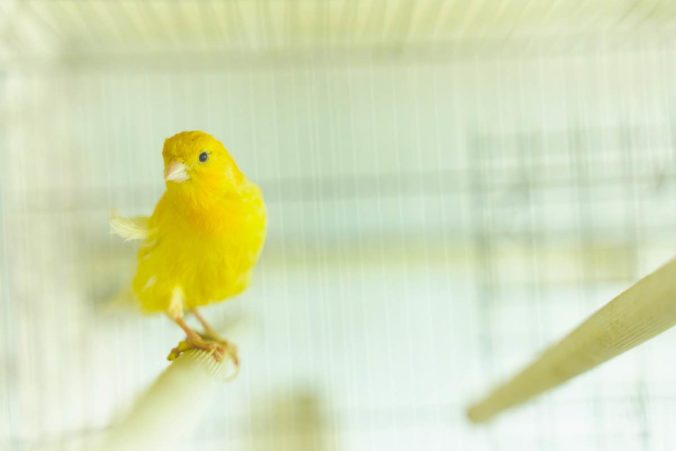 Malinois canary: learn everything about this domestic bird

Of all the singing canaries, few are like the Malinois. The popularity of the Malinois canary has been great throughout its history, and even today, it is one of the most desired domestic birds. This little melodic bird can be an ideal companion if you enjoy listening to birdsong. Thinking of taking care of a little bird at home? Pay attention to the information we provide you: after reading this article you will love him.

The origin of the Malinois canary

The Malinois canary is very popular throughout Europe, where in some places it is known as the “Waterslager canary“. Its origin dates back to around the 17th century, when the wild canary arrived in Belgium, at which time it began to mix with the local fauna. In fact, many say that it could be a descendant of the canary “Bossu”.

He is one of the canaries best known for his songs. In fact, in some countries, they organize singing competitions for the Malinois canary. The term “waterslager” with which it is called in some European cities such as Belgium, means “sound of water”, so it already gives us many clues as to how characteristic its singing is. “Malinois” also refers to a city with a French name located in Belgium, where this breed most often develops.

The Malinois or Waterslager canary is a bird that can reach 16 cm. It has some distinctive features on its upper body such as a large cone-shaped beak and a sharper bite than that of other canaries, its eyes are shiny black, its head small and when its feathers are altered or excited The upper part of it rises in the form of a ridge. Its feathers are very soft and its colors move in shades between yellow and white, from paler to a very intense yellow.

The wonderful melody of the Malinois canary is different from what you can hear commonly in the birds of its style. He sings with his beak closed, but opens it whenever he wants to make more pronounced sounds. Many times, its song is comparable to that of the nightingale. The famous “sounds of water” that it emits are an imitation of the water that flows through the rivers. And like all the canaries that sing, it can also make bass and treble melodies.

From its birth, the Malinois canary can begin to sing from four weeks in a weak way: the males start their singing earlier, while the females take up to six months to have a strong and lasting melody.

All canaries like open spaces, so having a cage spacious enough for its size will be a point to consider if you want to breed it as a domestic bird. In addition, the cage must have at least one bar so that it can rest on it properly. They are birds that prefer to be on top, so it is recommended to place the cage a little higher than our head.

As for their food, the Malinois canaries eat mainly common canary seeds and rapeseed. You can also strengthen the health of your canary using vitamin-coated seed mixtures, which you can find at your vet or pet stores.

These canaries also like bathing, so they should be offered a container that allows them to bathe. Apart from all this, it is important that you always maintain the cleanliness of the cage, as well as the sanitation of your nails.

Canaries are generally good-natured, social birds that perform well in cages. However, the case of the Malinois canaries is not quite like this: they are not always so sociable, in fact, they feel very uncomfortable being manipulated and often do not tolerate the company of other canaries, even in the same room. They are shy, and you should never host them with budgies or lovebirds, which tend to be more aggressive by nature.

They don’t need any kind of toy to entertain themselves, but they do like to swing, so perhaps you can get a bar or innkeeper of this type for their cage. With proper training, it is possible to let them out of the cage so that they land on your hands, but you will have to practice with caution so that they do not escape outside.

If you are not looking for reproduction, male Malinois canaries are best kept alone in a cage, as this guarantees good singing, but also avoids moments of tension, as they are very territorial.

Both sexes can be trained to sing, since it is known that they are birds with very good learning, yes, they should never exceed 5-10 minutes, since otherwise you could stress the canary and cause serious problems.

As for their reproduction, they are large breeders and can reproduce easily. You will only have to place the male and the female in the same cage with a nest, give them the necessary food and in a short time they will be able to have young.

What are the mandatory vaccinations for dogs in Spain?

Types of domestic turtles you can have in your home