Characteristics and curiosities of the Madagascar cockroach 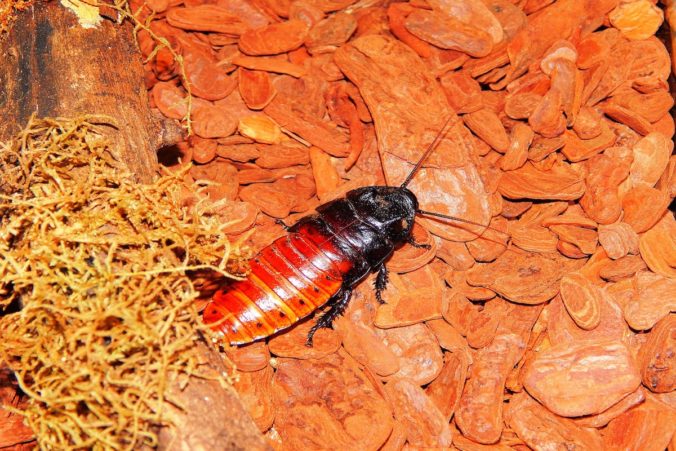 Characteristics and curiosities of the Madagascar cockroach

It is likely that most people do not think of having a cockroach as a pet; However, there are those who find it fascinating to raise these types of animals. And, today, the choice of a pet goes beyond dogs or cats.

To show this, today we are going to meet one of the most unique companion animals we can get: Madagascar cockroach.

Although many people are terrified of cockroaches, this variety, totally harmless to humans, is one of the favorites to care for and accompany.

This type of insect is very safe to have at home, since they do not represent a threat to the health of human beings; In addition, they do not interfere with daily routine and are not aggressive for people.

The origin of this cockroach is found in the African continent, punctually on the island of Madagascar.

Distinctive features of these insects

Size is one of the most prominent characteristics of Madagascar cockroach. This subtype can reach up to 8cm long and has a black, oval and crushed body.

In addition to the absence of wings, the main difference it presents with other cockroaches are the orange stripes it has on the abdomen. In the case of the male, Madagascar’s cockroach is distinguished by horns on the head, as well as its antennae that are hairy and thicker, compared to the female.

Another unique feature of this cockroach is its particular hiss. In fact, this sound, which emits especially when it feels threatened, is one of the main curiosities of the animal and the reason why it can be creepy for some people.

The cockroach works its abdomen contracting it to allow the passage of air through the spiracles, which are the small respiratory holes of them. In this way, they not only emit an alert, but often scare their predators and remove the danger.

Another of the “charms” of this insect is its ability to climb, and is that it compensates for its inability to fly with suckers that allows excellent adhesion to the surfaces.

Although hard to believe, cockroaches in general are sociable animals. In fact, their behavior is quite gregarious, grouping to survive and take care of each other.

In the case of Madagascar cockroaches is no exception. Although not enough has been deepened in the study of the behavior of these insects, it is known that in certain circumstances they can manifest parental care.

Also, there is evidence that they communicate with each other in their swarm thanks to the smell of feces, creating, even, traces with their excretions to guide others to food or shelter.

One of the key points of Madagascar’s cockroaches is their gentle and not violent behavior, which makes them a safe animal to adopt as a pet.

These insects do not bite or attack; They don’t eat meat either.

The habitat and its food

Although this species is native to the island of Madagascar, it has been easily spread throughout the world. In its natural habitat, it makes its home in wet and decomposed logs, as well as branches or leaf sets.

He is always looking for moisture in the area, as it provides better feeding opportunities. As a pet, the owners usually create small terrariums where they recreate the conditions of some leaves or tree trunks.

As for its diet, Madagascar’s cockroach feeds precisely on what is available in its habitat. Thus, he likes to eat vegetables, fruits, leaves and remnants of tree bark.

In captivity, their diet is based on vegetables, vegetables and fruits. Some are even fed small doses of food for dog puppies.

They show parental behavior; This subtype of cockroach is one of the most paternal care offered to the young. In fact, the colonies, which are usually families, live together for a long time, during which time they take care of and feed each other like a real family.

They can live up to five years; The life expectancy of cockroaches is not very wide, however, in the case of this species, they have the possibility of living up to five years under care, attention and away from risks. In their natural habitat they are persecuted by predators, but in captivity they live a fairly quiet life.

Its terrifying hiss is considered atypical; most of the insects that produce noise do so thanks to the rubbing of some of the parts of their anatomy, however, this cockroach generates it thanks to the passage of air through the abdomen and its respiratory orifices.

The whistle has a double function; although both sexes whistle, in the male it fulfills double function since it has a special type of hiss that is triggered in times of emergency or in disputes with another male, while when looking for a partner they develop another different whistle.

Due to its appearance, behavior and mode of communication, Madagascar’s whistling cockroach is an exciting insect. This type of cockroach is easily bred and can be a good option for children, especially if what you want is to help you overcome the fear of insects.

Steps for cardiopulmonary revival in dogs

Behavior and care of the Turkish Angora cat