¿How to prevent heartworm disease? 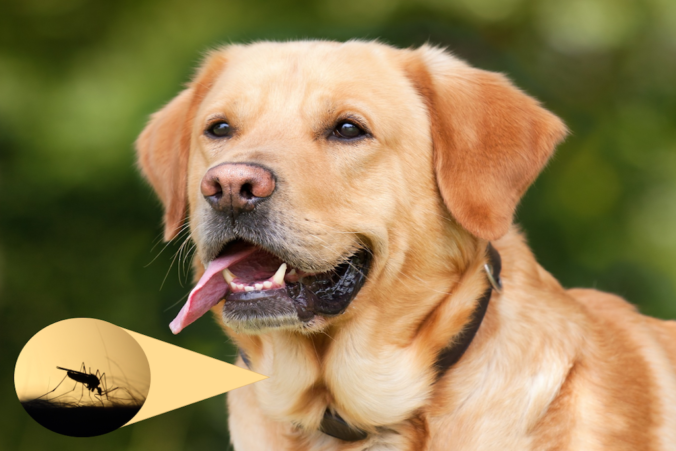 ¿How to prevent heartworm disease?

Canine dirofilariosis or heartworm is a parasitic disease that affects the lungs and heart of dogs. This pathology is widespread, especially in humid areas where mosquitoes abound.

In this article we explain how to recognize your symptoms, what treatment should be followed and how to prevent infection.

Heartworm disease is a parasitosis caused by a worm that is transmitted by a mosquito bite. After several weeks of the bite, the larvae are installed in the dog’s organs, especially in the lungs and in the heart.

If it is not detected in time, this disease can be very serious for the animal. In more advanced cases, death can result from severe respiratory failure or heart failure.

Due to their condition of chronic disease, dogs may not manifest any symptoms for quite some time, although this will depend on the physical conditions of the animal, as well as the parasitic load.

Some of the most common symptoms of heartworm disease also occur in other types of cardiopulmonary pathologies. Usually, the dog usually has chronic cough, shortness of breath and excessive agitation.

Even when the animal has no symptoms of the disease, it is possible that microfilariae may be observed in the blood, which can help at the beginning of treatment on time.

In addition to the direct observation of microfilariae through a blood sample, the diagnosis of this disease can be made by detecting Dirofilaria immitis antigens, with the application of certain tests.

In cases of more advanced disease, with the diagnosis by images, changes in the lungs and heart can be visualized.

The treatment to be followed will be aimed at improving the animal’s clinical condition and eliminating worms from the organism; The start of treatment at the initial stage of the disease is very important.

In order to prevent canine dirofilariosis, it is necessary to avoid vector bites and eliminate infective larvae before becoming adult worms.

There are some commercial products that help prevent mosquito bites, such as necklaces or pipettes. These should be used during the warm months, until the last weeks of autumn, inclusive.

Also, there are some drugs that help to eliminate the larvae from the dog’s organism, which can be administered orally, topically or by injection, according to the veterinarian’s instructions.

Preventive treatment should be performed after verifying, by applying a test, that the dog does not suffer from the disease.

¿What to do when the dog has kidney problems?

Hedgehogs: guidelines for having them as pets