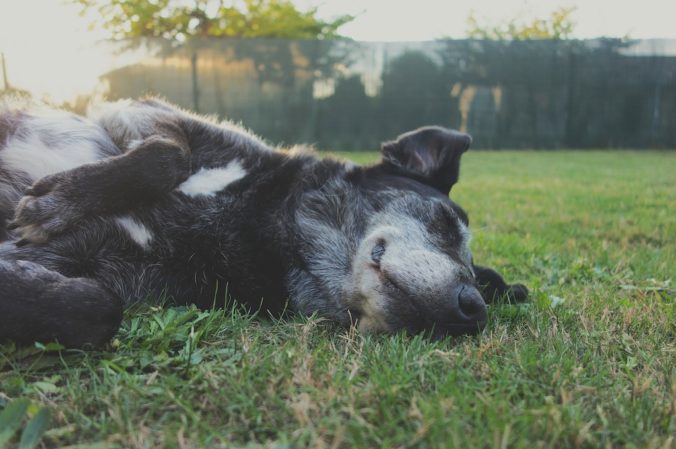 Epilepsy represents one of the most frequent neurological problems in dogs and cats. It is produced by an irregular activity in the neurons of the animal brain and can be caused by several factors.
This disorder occurs when many overexcited neurons send electrical signals at the same time and collide; It is at this time that epileptic seizure occurs. Two of the most common treatment actions is to suppress the tonic phase (initial seizures) of the electroshock and increase the threshold between the neurons.
The causes of epilepsy in dogs can be due to intoxication when consuming a substance, head trauma, metabolic diseases, brain tumors, among others. For its part, epilepsy in cats is caused by brain lesions, congenital malformation, degenerative or vascular diseases, toxoplasmosis and its variants.

How and when the pet should be medicated

Epilepsy has a cure according to the causes and the type. In both dogs and cats, it is divided into idiopathic (chronic) epilepsy, which is one that manifests itself clearly due to genetic causes and does not show structural problems; and cryptogenic epilepsy, which is caused by secondary diseases.
The first is diagnosed in young cats 3 years of age while the second in older cats who develop diseases throughout their lives. On the other hand, in dogs, the manifestation can occur regardless of age.
Seizures are both focal and generalized. The classification of epilepsy is a determining factor in the application of the treatment since some types can be cured depending on the causes. For example, epileptic seizures can occur due to a brain tumor or a secondary disease that, when treated as a root causes seizures to disappear.
The most common treatments for chronic epilepsy (there is no cure) are the anticonvulsants used to reduce the impact of attacks and the frequency of attacks.
Most veterinarians recommend starting treatment when the postictal phase lasts more than 24 hours or is so aggressive that it causes blindness, aggression, fainting, etc .; when the frequency of electroshock increases more and more or when they have two or more crises in a period of six months.

Phenobarbital belongs to the group of barbiturates and has an effectiveness of 60-93%. It is the most used since it has sedative-hypnotic, anesthetic action, suppresses the tonic phase of the epileptiform crisis response and increases the threshold between the neurons. In addition, it is easily achieved and is the most economical antiepileptic.
It is absorbed by the body in approximately 2 hours. In cats, the elimination half-life is 34-50 hours and in dogs 40-90 hours. The recommended therapeutic levels are between 23-30 g / ml. It is used as the first before deciding for another.
Side effects, which may appear at the start of treatment or when the dose is increased, usually disappear within 2 weeks. They are manifested by sedation, ataxia, polydipsia, polyuria, polyphagia and changes such as hyperexcitability.
Hepatotoxicity has not been evidenced in cats, but in dogs, although in a very low frequency and proportion. Similarly, leukopenia, thrombocytopenia, cutaneous hypersensitivity have been evidenced. All these reactions disappear after suppressing the treatment.
The recommended dose for both is 2.5-3 mg / kg orally every 12 hours.
It is very important to monitor the therapeutic concentrations of phenobarbital in serum that reach stable levels 3 weeks after the start of treatment. From this moment, analysis must be done at 15,45, 90 and 180 days; Subsequently, the check will be every 6 months.

For its part, potassium bromide is an inorganic salt and the second anticonvulsant treatment used in dogs and cats that has an effectiveness of 73%; when used as a second treatment linked with phenobarbital, it increases up to 95%. Tolerance in cats is rare.
The body absorbs it faster than phenobarbital, approximately in 1 hour and a half. The elimination half-life in cats is 11 days and in dogs it is longer, it takes between 15 and 46 days. Unlike phenobarbital, it does not develop hepatotoxicity, so it is recommended to patients with liver pathologies.
Like the previous drug, the adverse effects begin to manifest at the beginning of the treatment and decrease when the therapeutic levels are stable in the blood. Between 35% and 42% of cats have manifested allergic pneumonitis. Among the most common side effects are polyphagia, polydipsia, polyuria, ataxia and weakness. In other cases vomiting has been evidenced by the irritation of the gastric mucosa produced by potassium bromide.
A daily dose of 20-40 mg is recommended at the start of treatment, although this varies according to the form of administration, if it is monotherapy or is used to complement another drug. To avoid irritation of the mucosa, it should be administered twice daily.

Initially it was used to complement other antiepileptic drugs, but recent research shows that it can be used as monotherapy, reaching an effectiveness of up to 64%. It is recommended for patients with liver disease.
The elimination half-life in dogs and cats has an average time of 3-6 hours. Thanks to the binding with the SV2A protein, it acts on the level of the neuronal calcium flow and propitiates that the inhibitory neurotransmitters are released.
This medicine must be given 20 mg / kg orally every 8 hours or as directed by the veterinarian.
Adverse effects are very rare, but can cause lethargy, ataxia and inappetence. Stable levels in the blood are between 1 and 2 days. Due to the few adverse effects that may occur, monitoring should be done 1 week after the start of treatment. It is done mainly so that the dose is correct since it has a high level of security.
Other drugs that can be given in case of requiring a change of treatment or intolerance to the aforementioned are Zonisamide, Pregabalin, Diazepam in cats, Felbamate in dogs and Topiramate. These are more difficult to obtain and more expensive, but they work correctly as alternatives.
It is very important to take the pet to the veterinary clinic before starting any treatment; The specialist in neurology can make an accurate diagnosis and establish the right medication.