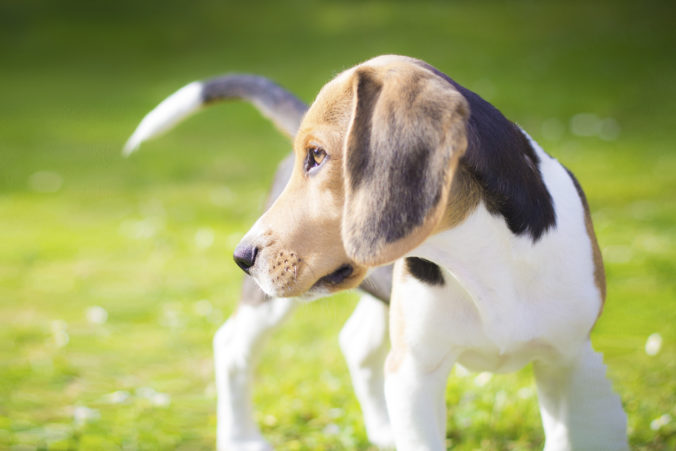 Whether for fun, boredom, or just to get attention, it is common for dogs to tend to chase their tails repeatedly a day. This is usually a natural attitude in these animals, especially when they are still cubs. However, on certain occasions this behavior may indicate a problem that requires more specialized and immediate attention.

Why do dogs chase their tails?

It should be borne in mind that this behavior is frequent in puppies when they have been separated from their pack. At birth and during their first months of life, puppies get used to living and playing with the other members of their pack, so by separating them from it they find a new way to have fun chasing their own tail.

This action is intensified when puppies do not frequently interact with family members or when there are no other pets at home to play with. Chasing your own tail, in these cases, can be considered a natural activity in itself and should not be a concern.

When can chasing the tail be considered a compulsive attitude?

Now, when this attitude is present in the adult dog and is performed very regularly, it could be an obsessive compulsive disorder, which in the case of dogs is called compulsive canine disorder and that the animal would have developed during its early stage. . In these circumstances, a veterinary diagnosis is required in order to confirm or rule out this condition.

Pets with compulsive canine disorder can constantly chase their tails, follow lights or shadows, stand erratically, or walk repeatedly. Specialists consider mistreatment, anxiety, confinement or early withdrawal from their mothers, as some of the reasons that may be behind this type of behavior.

Do genetic factors influence this type of behavior?

There are several studies that show that the tail chase may be determined by races, which would confirm a genetic predisposition. Thus, the bull terrier or the German shepherd would be the most likely breeds to perform this behavior.

Analysis shows that these breeds tend to chase their tails repeatedly as it provides a psychological reward that creates a sense of well-being and relaxation, especially when they are frustrated and stressed.

In all cases, it is best to take the dog to a veterinary consultation; the specialist will determine the exact cause of this behavior and will establish the guidelines to correct this repetitive attitude.

How to treat feline vestibular syndrome