Dog breeds with the best sense of smell 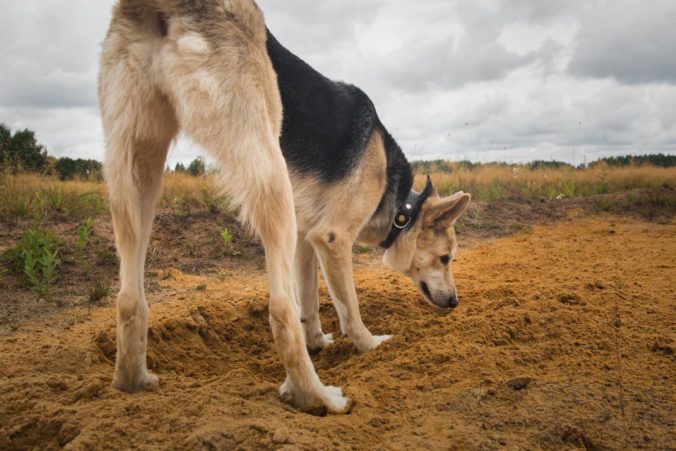 Dog breeds with the best sense of smell

We all know that dogs have a great sense of smell. Some have more than 220 million olfactory receptors, compared to a paltry 5 million in humans. But do some breeds and groups of dogs smell better than others? Here are our picks for the best canine sniffers.

Smell is the main sense of the dog

Dogs are born with their eyes and ears closed. This means that they have to rely solely on their sense of smell to guide them towards their mother and her milk. Like its main ability, the remarkable sense of smell of dogs continues to amaze scientists. In fact, some are trying to invent an artificial canine nose to compete with the real one for use in the medical arts and sciences.

A dog’s sense of smell is incredibly more powerful than ours. And the area of ​​a dog’s brain that analyzes olfactory information is 40 times larger than that of a human.

Dogs can be trained to accurately detect the presence of explosives, drugs, cancer cells, and infectious diseases in patients. Even more surprising, police dogs working in open fields and forests can detect a single drop of blood or something as small as a tooth when searching for a victim. Dogs can even tell which direction someone was walking on a path by distinguishing at each step the one from the previous step.

What are the dog breeds with the best smell?

So which dog breeds are the best breeds with smell? Here are some of them:

The Dachshund, known as the sausage dog, can be the most powerful olfactory of all dogs in relation to its size. These dogs are tenacious, bred to hunt badgers both above and below ground. In German, they are called “dachshund”, which literally translates to badger dog. When two sizes began to emerge in the breed, the larger dachshunds became the most typical for hunting wild boars and badgers, while the smaller version has been widely used for hunting hares and foxes.

They are anxious dogs and usually live on alert, they are always ready to hunt and play. The dachshund’s nose contains approximately 125 million scent receptors, they are good in mountain environments, for obedience, and even for agility training. In addition to all this, their happy and active personalities make them lovely pets to live with as a family.

The breed originated in Scotland by crossing retrievers with other water dogs, giving rise after several crosses, to the golden retriever that we know today.

The golden retriever is one of the most loved dogs in the world for family environments but also for life in the country.

Goldens are commonly used as therapy dogs, guide dogs for the blind, and search and rescue. Most goldens who work in search and rescue do so for the simple reward of praise, a sense of accomplishment, and a bit of playtime when their work is done. They are very grateful.

In addition, recently they have also been trained to detect ingredients and alert children and adults with certain serious allergic reactions, such as peanut allergy: if they detect the presence of their trace in any food, they will react to prevent them from consuming it.

Renowned for their playful disposition and desire to please everyone, golden dogs make excellent obedience, agility, and hunting dogs, as well as ideal family pets.

The black and tan coonhound works in the moonlight, tracking prey and helping hunters locate animals in the dark. It is a cold-nosed hound dog, capable of detecting odors on cold and difficult trails. These dogs are capable of capturing the exact path of prey. Once the prey has been captured, it will alert its hunter with a deep throat howl.

The black and tan variety is slightly more tame and easier to train than other varieties of the hound. These large, athletic dogs are also good indoors, happy to be around humans, but require very regular exercise and activity.

The bluetick coonhound is a cross from the English coonhound and has been widely used to track raccoons in the United States. A cold-nosed tracking dog, the “Bluetick” does well on old, wooded trails, making it the best tracker for coonhounds or bloodhounds.

Blueticks make good domestic and hunting dogs, but they generally lack that desire to please. This makes them more difficult to train than many of the breeds on this list. Perseverance, patience, and treats are your best training aids with this breed. Of course, it is a dog that longs for affection and will show deep devotion to those who provide it.

Similar in appearance to the German Shepherd, the Belgian Malinois is a more agile and physically fit dog. They excel at herding, agility, tracking, and obedience. Used by military departments in countless countries and police around the world, the Malinois has been trained to detect bombs and drugs, as well as disease.

It is a very active, intelligent breed that loves to be busy since the same activity benefits its mental and physical health. Generally, these dogs can be shy or reserved around strangers. While not an overly aggressive breed, they are very protective of the family (their pack).

Labradors with incredible noses have even been trained to detect cancer in people’s breath, as well as medically undetectable bladder cancer in patient urine.

Hunters have long prized this breed for its ability to track or point to its prey based on the hunter’s preference.

Intelligent and easily trainable with an intense desire to please, Labrador Retrievers are also employed as guide dogs for the blind, are valued members of search and rescue teams, as well as drug and bomb detection officers.

The gentle and loving nature of these playful dogs makes them the ideal family pet or as a hunting and fishing companion.

This noble herding breed is a favorite of police departments around the world. With approximately 225 million odor receptors. German Shepherds are used for the search and rescue of live victims and are used even by military and airport agents to detect explosives, as well as drug control agencies for their detection.

It is an intelligent and versatile breed, German Shepherds excel in personal protection, herding, agility and obedience. Confident and somewhat aloof, they are not an aggressive breed by nature. They are considered a “one-man race” as they are especially loyal to their primary caretaker. They are good with children, once a relationship has been established.

The carefree beagle was originally bred to hunt rabbits. These cheerful little hounds are friendly and non-threatening, and are widely used by customs to search for contraband and other undesirable items at airports.

Wonderful with children and other dogs. Beagles are usually obedient and not at all shy. They are especially “drooling” and their short coats are generally odorless. These medium-sized dogs need daily exercise, or else they can use their noses for mischief.

The goldfinch, an ideal songbird for home

9 reasons to adopt a dog