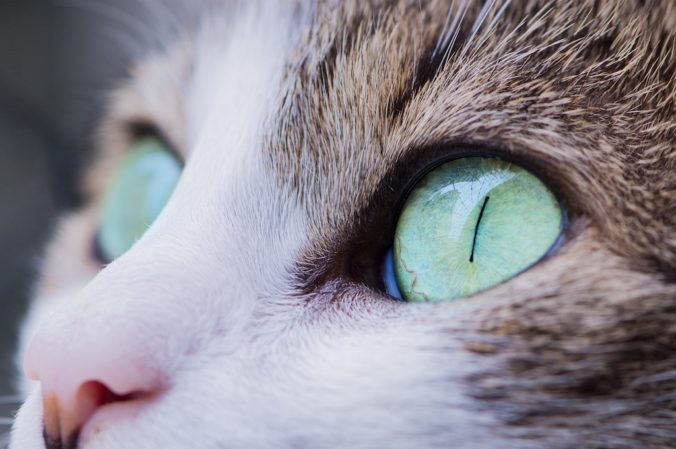 The eyes of cats are their main attraction, their colors and characteristics generate curiosity and admiration. One of the superior functions is that they can see in the darkness with more precision and detail than human beings. However, the eye health of felines is affected by developing pathologies such as conjunctivitis, protrusion of the third eyelid, keratitis, glaucoma or feline chlamydiosis, among others. Next, let’s find out which are the most common eye diseases in cats.
The eye organs of felines are very delicate, in fact, many of the diseases they suffer, such as feline influenza or feline herpes, affect their eyes. However, there are also localized pathologies.

Types of eye diseases in cats

Feline chlamydiosis is caused by the bacterium Chlamydophila felis, which spreads easily from one cat to another only by physical contact, which is why it is common when they live in the same space. This disease is among the most common suffered by felines.
The causative agent is also known as the one that causes conjunctivitis, the main symptom of the disease. This is a way in which the body expresses infections that can be caused by other complications, such as feline herpes.
This disease affects the ocular mucosa, so we will notice that the cat will have an eye that is red and tearing, because the membrane that covers the eyelid is inflamed. In addition, the feline will be constantly winking. There are several levels of conjunctivitis: serous, follicular and, in its most serious state, purulent.
It is important to bear in mind that the treatment must be applied after having previously detected the causative bacteria, for which it is necessary to be very aware of the reactions of the cats and their environment, since a late detection complicates their cure.
Like all bacteria, they must be combated with antibiotics. In these cases, 1% fusidic acid or chlortetracycline can be administered topically, and doxycycline can be administered systemically.
Feline herpes and feline calicivirus are also causes of conjunctivitis.
Facolitic uveitis and glaucoma are diseases that are directly related. The first infection develops due to pathologies such as feline leukemia, peritonitis, feline immunodeficiency virus (FIV) and fungi. The second is one of the consequences of suffering the first.
Glaucoma is also caused by genetics, street fights or accidents. It is silent and degenerative, therefore, it is common among elderly felines. It occurs when the aqueous humor of the eye causes pressure on the optic nerve, generating its obstruction and weakening the retina.
When symptoms such as vision loss, headaches, pupillary dilation with blurred bluish appearance, manifest themselves, the disease is already in its most advanced state.
However, there are treatments that go according to the cause of glaucoma, meaning that you have to determine the fungus or the type of infection to attack in the first place. Afterwards, it is possible to stop glaucoma, although not recovering lost vision.
Discomforts are minimized with eye salve, to restore the nervous system and regulate the concentration of aqueous humor. Anti-inflammatories or analgesics calm pain.
On the other hand, there are the cataracts that occur because the crystalline lens loses transparency. The only treatment is veterinary surgery, which, if not carried out, will generate loss of balance, pain and blindness in the pussycat. It is also a degenerative disease that manifests mostly in elderly felines.

Large, half-opened eyes are symptoms of serious eye infections in cats. The difference while sleeping, or closed by discomfort, is evident because it manifests with other signs of infection.

Cats are constantly segregating, from the tear, substances of different consistencies and wateriness, so this is an expression of the state of your health. Purulent, yellow or green mucus, along with a foul odor, is a manifestation of infections.

When the white part of the eye, the sclera, is inflamed, it becomes pink from the cut blood vessels caused by the swelling. This is an obvious manifestation of allergies, infections or glaucoma.

The eyes of felines are characterized by being bright and very bright; When there are presence of infections they become opaque. The eye dries because the tear flow diminishes, then, the reflections before the human sight will be difficult to see.

When feeling irritated or threatened by pain and other bothersome symptoms, the cat will hide more than usual to avoid contact with its environment. You may react negatively when you touch your head or eyes.

Care for eye diseases in cats

Vaccines can prevent diseases such as feline flu and chlamydiosis. The vaccination process should start as soon as they stop consuming breast milk; the most important are the trivalent vaccine that protects them from feline panleukopenia, rhinotracheitis and calicivirus.
To clean the eyes with lukewarm water, physiological solution or chamomile, it is important when it is being applied the treatment to fight the infections. It is necessary that the infected secretions be removed as much as they are exposed. When cleaning it, it must be done with great care since the annoyance puts them in an irritable mood. For each eye a cotton, this prevents the infection from spreading.
Baby cats are the most likely to develop infections, either because they were born in infected places or because of the sensitivity of the organs at this stage. You have to be very attentive to the state of your eyes. The drops that are recommended by specialized veterinarians so that the infection does not spread are usually physiological solutions.
Sterilization is essential, since most eye diseases spread because cats attack each other when looking for a female to mate with.
The recommendations presented here must be followed to the letter to avoid complications in the health of the cats. All antibiotics need to be prescribed by the veterinarian, since to supply them in a wrong way can cause resistance to the bacteria which would complicate the treatment.
Sterilize, vaccinate and protect on time are actions that guarantee the health of felines because they take them away from dangerous agents, such as the street and other sick cats.