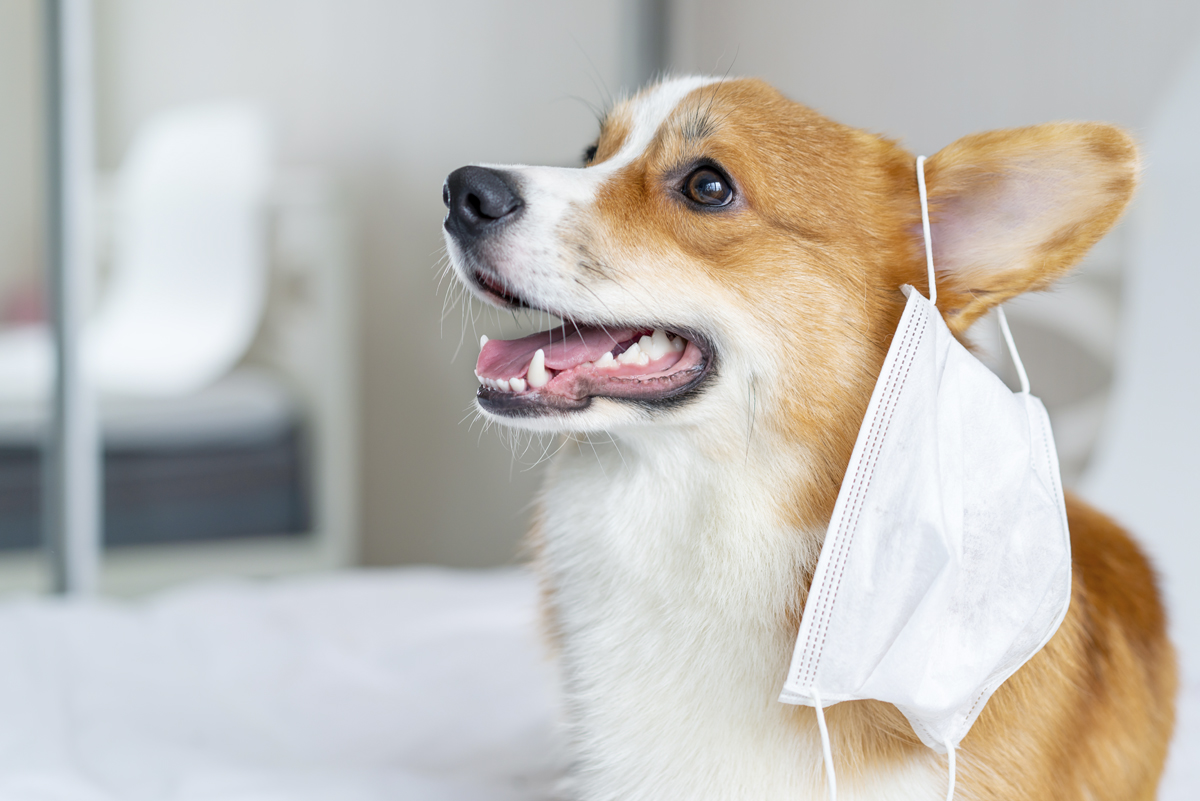 Despite the fact that many specialists link the origin of the coronavirus to a hybridization of the viruses of bats and snakes, the truth is that it is not yet clear what started this pandemic that is plaguing the world, nor is there any link that determines that animals are sources of contagion or that affects them in any way.

Some organizations realize that this virus is only transmitted between humans and that animals are not contagious or carriers of it. Thus, there would be no reason to think that our pets can be a source of infection or that they are in danger like people.

From the World Health Organization – WHO, they say that, given the information that is currently available, there is not enough evidence that viruses can affect pets, which could give some comfort to the owners of pets.

According to the College of Veterinarians of Barcelona, ​​dogs and cats are susceptible to diseases caused by other viruses of the same family, but not specifically by Covid-19, the name by which this type of coronavirus is known and to the cause of the current problems.

With these data, it is possible to infer that domestic animals are not at the same risk as exposed people. However, it is necessary to take into account certain tips in order to prevent any complication that may lead to health problems for our pets.

Tips to avoid contact of the virus with pets

Like people, it is convenient to avoid contact of the animal with those people who have been diagnosed with coronavirus. This, because there are other types of coronaviruses that can cause disease in animals, so limiting contact is the best form of prevention.

If we have a patient who has tested positive for coronavirus at home and interaction with the animal is unavoidable, it is necessary that the affected person wear masks at all times, including when he is near the animal. In these cases, it is not necessary to put masks on the animal.

All other measures to prevent the spread of the virus are applied in the same way for the care of the pet. Thus, it is necessary to interact as little as possible with the animal and disinfect the objects that are used to feed it, as well as the leash and the area in which it sleeps.

It is convenient to clean the legs of the animal when entering the home each time it is removed to relieve itself, and, if possible, disinfect the pads with alcohol.

There is no need to carry out any diagnostic tests on the pet, nor to carry out any special care for the animal. Anyway, it is advisable to maintain fluid communication with the vet, to clear any doubts that may arise. 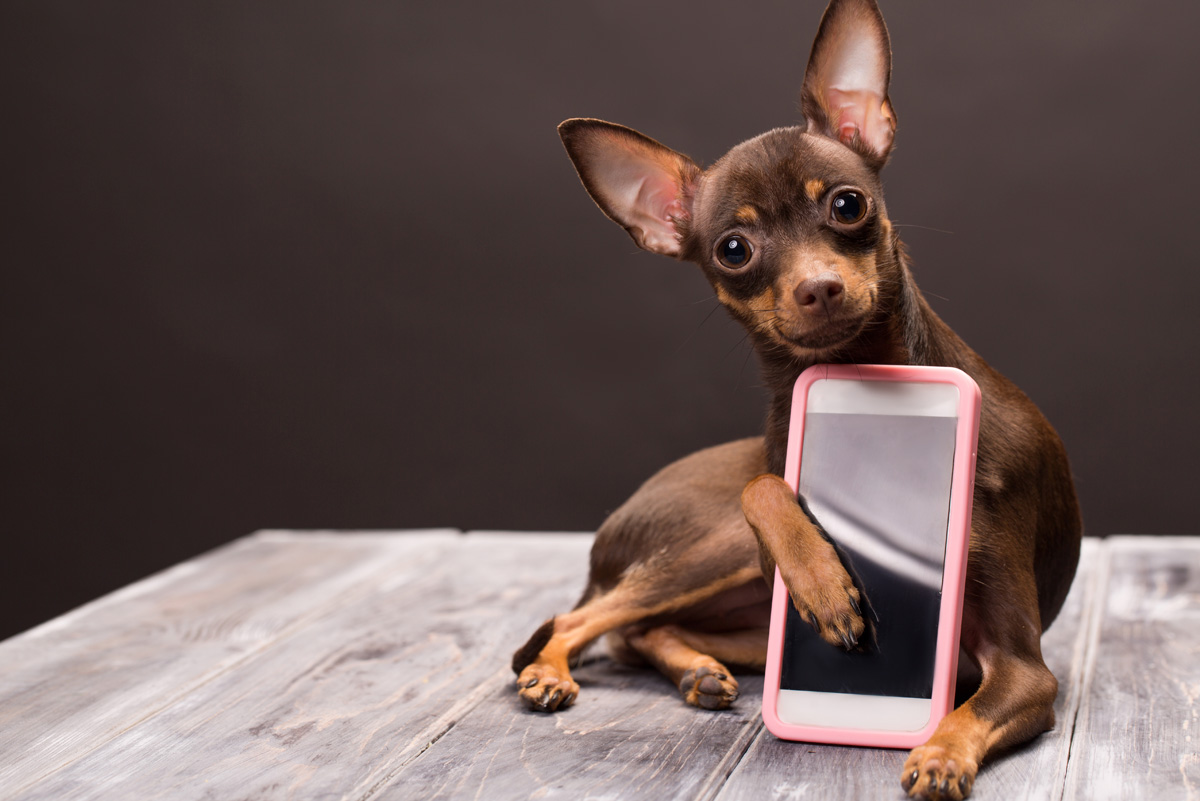 There are for almost everything we can imagine, and pets could not remain outside their reach, we refer to the apps, technological tools essential for our daily lives and that can also help to care for our pets.

Today, there are many applications on the market that are ideal for, for example, learning about pet care, training, managing your diet or following up on your veterinary controls; For that reason, we are going to present some of the best ones, so you can download them to your Smartphone and tell us about your experience.


It is one of the most downloaded for its versatility and excellent use. With Dogo, you have the possibility of training your dog in obedience, teaching tricks and keeping track of suggested daily workouts, with more than 100 routines designed in the app.

The application works thanks to a marker that, through an audible signal, indicates the specific moments in which the dog should be rewarded, as well as the moment for the execution of any of the commands of the exercise routine.

It has a clicker, a sound signal that emulates a dog whistle and is considered one of the most effective forms for training. This application tracks progress and also offers the possibility of feedback with experts.

It is the perfect app so you don’t miss any information from the veterinarian. Dog Health is geared to allow you to track the health of the pet, grouping medical history, visits, vaccination, medicines and growth data.

With this application it is possible to have the data of several dogs simultaneously, keeping each one of the primary personal information that goes from the name and date of birth, to each date and reason for visiting the veterinarian.

This application is ideal for those who want to keep track of every moment of their pet. Pet’s diary is a space to store data on important days, keep track of new behaviors, advances in training, dates of illness or travel.

It allows you to organize the information registered according to different categories that the same user creates, grouped to your liking. The app stores information chronologically and allows you to have a timeline of what happened in the life of the pet.

It is one of the most complete applications for canine training; It has a reserve of more than 500 videos where they teach training routines, tricks to train the dog, curious facts and more.

This free application is considered an entire canine care library at all levels, with one of the largest reserves of videos available in an app; It also includes tutorials with delicious canine food recipes. 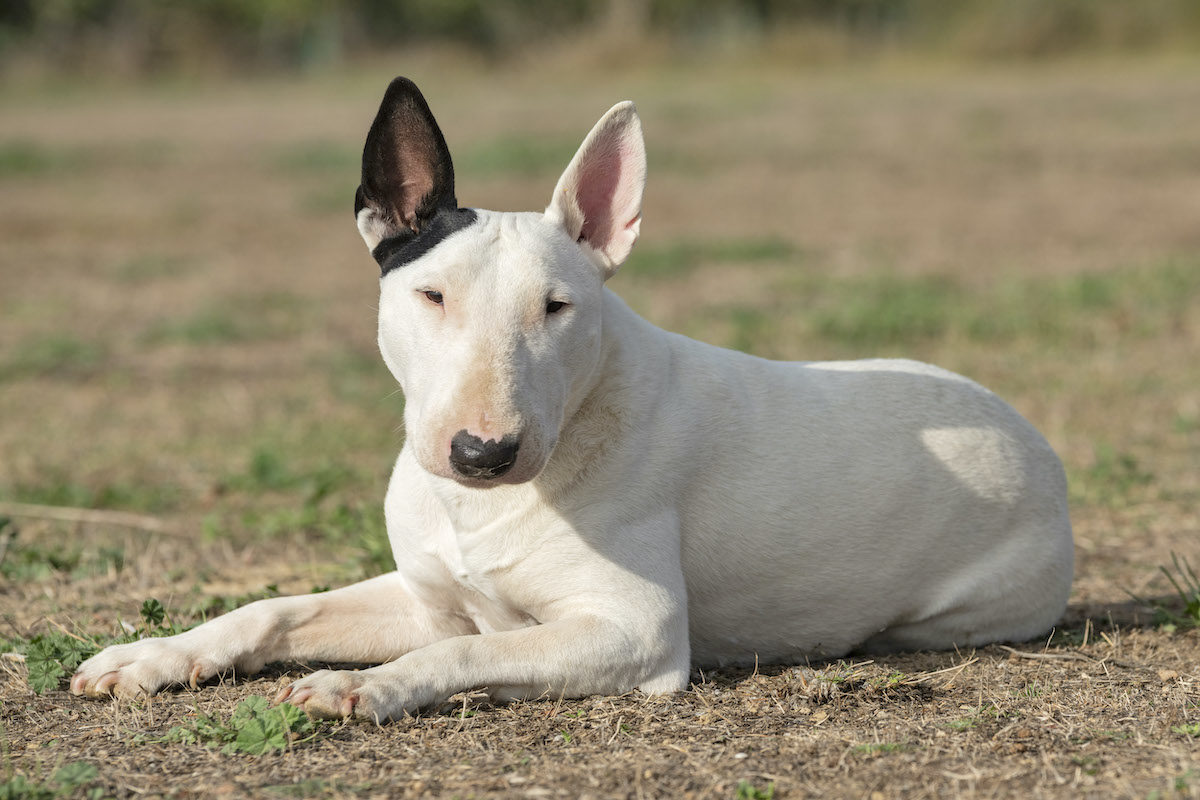 Although specialists believe that the danger of a dog is not linked to its breed but to its aggressive behavior, there is a royal decree in our country that lists as potentially dangerous dogs – PPP a series of dogs of certain breeds and that They comply with a series of physical and behavioral characteristics.

What are the breeds of dogs considered potentially dangerous in Spain and what is the regulation that owners must follow for their possession? To answer these and other questions, we have prepared this article for you.

However, the crosses of these races, those that show aggression towards people and those that meet the following physical characteristics are also considered PPP:

Also, those who have carried out attacks on people or animals are considered PPP. Thus, all those animals, regardless of whether they are within the indicated breeds, become potentially dangerous if they have carried out an attack on a person or other animal and there is a complaint involved.

The possession of this species of animals is specifically regulated through this state law of potentially dangerous animals, which states that it is necessary to have an administrative license granted by the municipalities where the owner resides and, to request it , must meet a series of requirements.

Requirements to be met by potentially dangerous dog owners

Those who wish to adopt a dog classified as potentially dangerous should go to the town hall to obtain a license for the possession of potentially dangerous animals. Also, they will need a civil liability insurance that covers damages to third parties for a value not less than 120 thousand euros.

Any person of legal age and without a criminal record may have a license, which will be valid for five years; In addition, the dog must wear a muzzle on the public road and a leash not exceeding 2 meters. Also, the owner should never walk two PP dogs at the same time.

In summary, owners of potentially dangerous dogs should:

According to the law, each time the owner takes his dog for a walk, he must carry the respective license, which is his own and not transferable. The caregiver must also inform the relevant authorities of the death, loss or theft of the animal, within a period not exceeding 48 hours after the event occurred.

In our country, the way to define dogs as potentially dangerous is based on the breed or crossing of specific breeds. This generality makes people perceive a large and robust dog as dangerous, when it is not necessarily so.

Aggressive behaviors manifested by dogs occur as a result of fears and anxieties. Thus, dogs tend to react violently when they feel threatened, acting aggressively in response to punishment or to defend what they consider their territory.

Genetic characteristics and the environment in which they are raised, are fundamental conditions that determine the aggressiveness of an animal, hence the main criticism of the regulations, since it considers as PPP those dogs that belong to certain specific breeds or that have aspects morphological determined.

That way, it would be enough for a dog to be genetically balanced, to be raised in a healthy environment and to be well trained by its owner, so that it is not dangerous. The bond you generate with your caregiver is essential for the animal to have a good character in the future.

That is why veterinarians insist on the period of socialization that dogs should go through when they are puppies, which will allow the animal to have positive experiences with people of all ages, with other animals and with the environment in general.

This period of socialization must take place before the dog’s twelve weeks of life; Thus, the puppy will manage to consider the interaction with its environment as normal. The absence of such positive experiences at an early age generates distrust, fear and aggressiveness in the animal.

In addition to the eight breeds of dogs considered to be potentially dangerous by law, the physical characteristics included in the law mean that other breeds such as burgundy bulldog, boxer or Neapolitan mastiff, among others, are also considered dangerous. 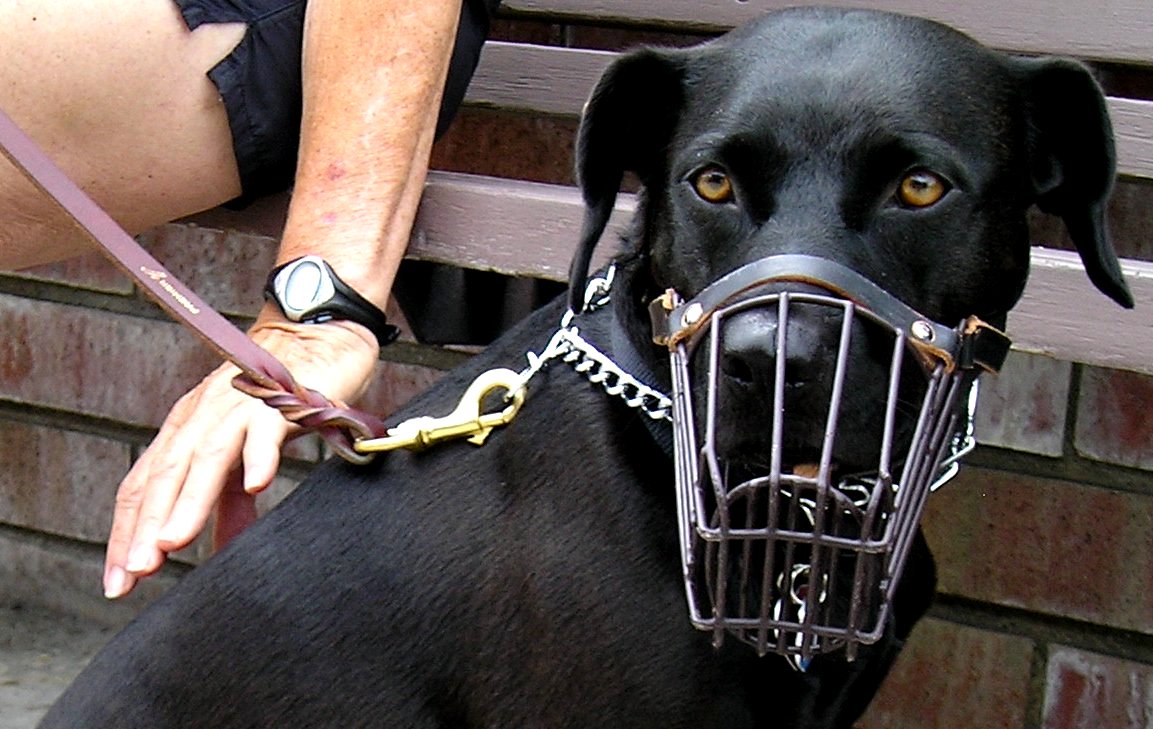 A potentially dangerous dog is considered to be the one that due to its racial typology, because of its aggressive nature, size or jaw power, has the capacity to cause death or injury to people or other animals and cause damage to public or private property. 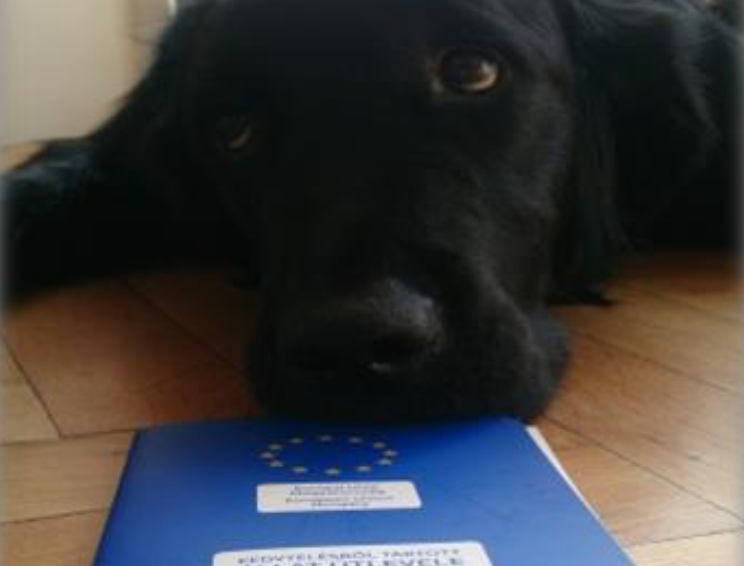 Regulations for traveling with pets

PDF NORMATIVE FOR TRAVELING WITH ANIMALS OF THE COMPANY 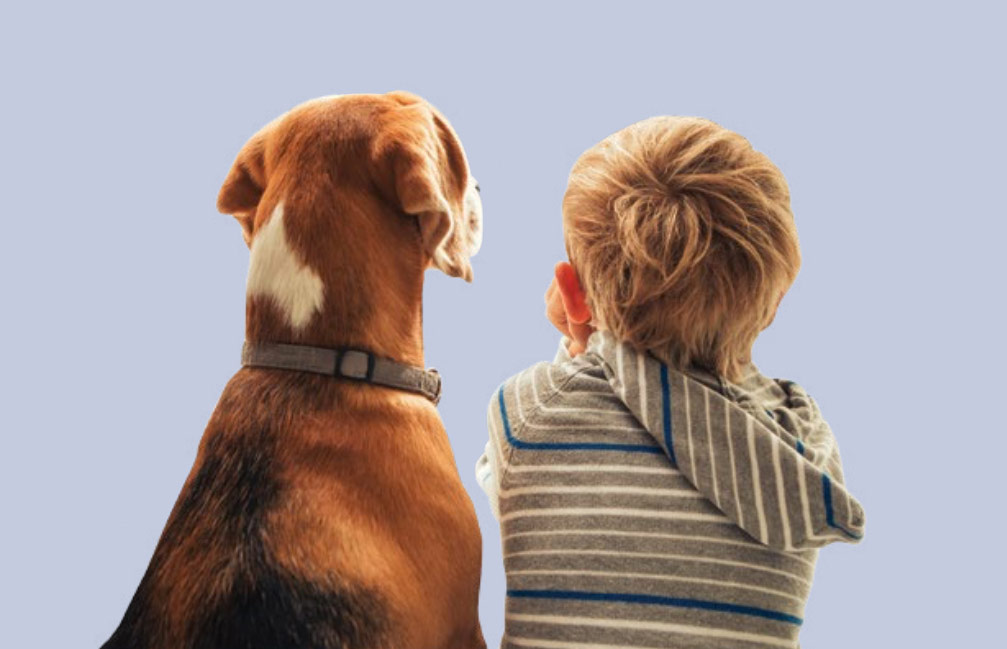 Guide for the responsible acquisition of pets

All you need to know to choose your new best friend.