Canine lymphoma: what you need to know 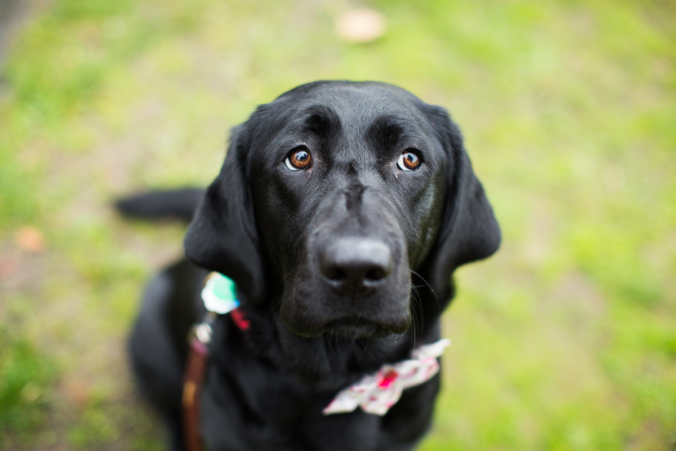 Canine lymphoma: what you need to know

Lymphoma is a common cancer in both people and dogs, which makes it no less terrifying for dog owners who are diagnosed with canine lymphoma. Understanding lymphoma can help owners accept the animal’s situation, helping us make more informed decisions about our dog’s health.

These are the symptoms, diagnostic procedures, treatment options, and some prognostic data you should know about lymphoma in dogs.

Canine lymphoma is similar to Hodgkin’s disease in people. In fact, it is so similar that veterinarians and doctors use almost the same chemotherapy protocols to treat lymphoma in their patients.

Scientifically speaking, lymphoma is a general term used by doctors and veterinarians to describe a group of cancers that come from lymphocytes. Lymphocytes are a type of white blood cell that help the immune system fight infection. They are highly concentrated in organs that play a role in the immune system, such as lymph nodes, spleen, and bone marrow.

There are more than 30 different types of canine lymphoma known, which vary in aggressiveness, survival rates, and clinical signs. The four most common types of lymphoma in dogs that owners should be aware of are:

Multicenter lymphoma is the most common of them. This type of cancer affects the lymph nodes and, in most cases, the most obvious clinical manifestation is the rapid enlargement of the lymph nodes.

The second most common form is alimentary lymphoma. Food lymphoma targets the intestines, which is where most symptoms occur.

Mediastinal lymphoma is rare. It is characterized by a lymphadenomegaly of the mediastinal nodules, which causes compression that results in cough, exercise intolerance or dyspnea.

What causes lymphoma in dogs?

There is still a lot we don’t know about cancer. Scientists do not currently know what causes lymphoma in dogs, but there is hope that advanced genetic studies will eventually help identify any underlying genetic and chromosomal causes and predispositions. What we do know is that dogs share our environment, so they are exposed to many of the same cancer-causing environmental factors as us, including toxic substances like phenoxyacetic acid herbicides and exposure to magnetic fields.

The symptoms of lymphoma in dogs are as varied as the different types of lymphoma, which can make diagnosis difficult at first.

The first symptom that dogs with multicenter lymphoma are usually swollen lymph nodes. It is common for dogs with lymphoma to have lymph nodes 3 to 10 times their normal size. These swellings are not painful and feel like a firm, moving lump under the skin. Dogs with multicenter lymphoma can also develop lethargy, fever, anorexia, weakness, and dehydration as the disease progresses.

Dogs with alimentary lymphoma, which affects the intestines, may present with vomiting, abdominal pain, anorexia, diarrhea, and weight loss.

Dogs with mediastinal lymphoma generally have difficulty breathing. This may be due to the presence of a large mass within the chest or due to the accumulation of fluid within it (pleural effusion). Affected dogs may also show swelling of the face or front paws, as well as increased thirst and urination.

The symptoms associated with extranodal lymphomas depend on the affected organs. For example, cutaneous lymphoma, the most common type, affects the skin. The telltale signs of cutaneous lymphoma are individual, raised nodules or more generally scattered squamous lesions. Cutaneous lymphoma can also appear in the mouth, often affecting the gums, lips, and palate.

Diagnosis of lymphoma in dogs

Once cancer is suspected, veterinarians obtain a definitive diagnosis by taking a sample from the affected organ. A sample is removed from the dog’s lymph nodes or organs for evaluation by cytology examination or histopathological evaluation of the tissue.

Some veterinarians recommend “staging tests” after a diagnosis of lymphoma to determine how far the disease has progressed throughout the animal’s body. These tests help veterinarians understand your dog’s general condition, as well as cancer, and include blood tests, urinalysis, X-rays, abdominal ultrasounds, and bone marrow aspiration.

Chemotherapy does not usually make people as sick as dogs. The most common side effects of chemotherapy in dogs are mild vomiting and diarrhea, decreased appetite, and decreased activity levels.

Possibly the most important question dog owners want answered about canine lymphoma as soon as possible is the survival rate. We want to know how long a dog diagnosed with lymphoma has to live, so that we can know how to react emotionally and make appropriate adjustments for its care.

The answer, unfortunately, is not that simple. Lymphomas vary widely in their aggressiveness, and the prognosis will also depend on the stage of your dog’s cancer at the time of treatment, or the choice of treatment itself.

Homeowners also need to know the difference between the terms “remission” and “cure.” Total remission means that all the signs and symptoms of cancer are gone, but the cancer may still be in the body. Partial remission means that some, but not all, of the signs and symptoms of cancer have disappeared. However, the cure can be defined as the elimination of the disease completely.

No one wants to hear the news that their dog has lymphoma. Talk to your vet about available treatment options and what to expect as the disease progresses.

Lymphoma is a complex disease with many different factors that can affect your dog’s health. If you are concerned that your dog may have lymphoma, or if you have further questions about cancer in dogs, please do not hesitate to contact us.