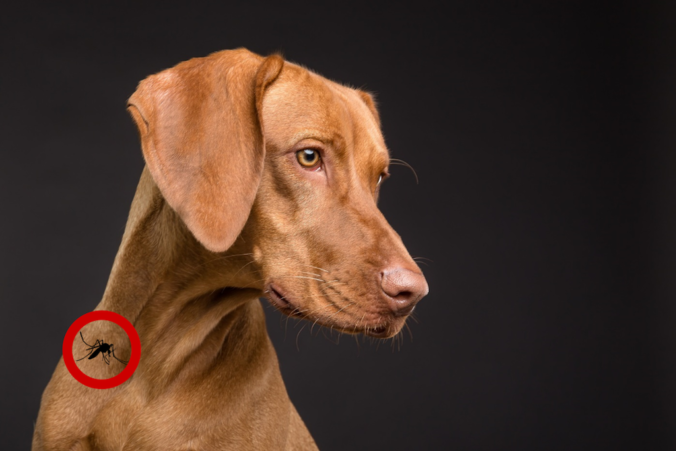 Although this form of contagion is not the only one demonstrated, there may be other bites among infected dogs, in a venereal way, through the blood or from the mother to the puppies, the greatest incidence is the infection by sting.

The presence of the mosquito and, consequently, the risk of contagion of the disease varies greatly depending on the geographical area and the type of climate that affects it. Thus, high temperatures, higher levels of humidity, overcrowding and lack of regular water, significantly increase the risks for dogs.

¿How to recognize leishmaniosis in the dog?

A key question is how to know if the dog is infected with this infection. Beyond whether or not you are in a risk zone and if you know that there have been other cases in the area, to be sure if your puppy is infected, you should be aware of the following indicators:

¿How to check that it is leishmaniosis?

The first indicator for the veterinarian will be the combination of many of the signs and symptoms that have been described above. However, after that, a process of discarding them in relation to various diseases will begin.

The first will be to take blood and urine samples, which will reflect the anemia caused by the infection, high and low white blood cell peaks, and a probable abrupt fall of the platelets.

With all these examinations with alterations, advanced tests will be carried out to detect the antibodies related to the parasite in question. Through studies of molecular biology, specialists will find the presence of it and may even count the parasites, to recognize the progress of the disease in the system.

Keep in mind that there are dogs that test positive in these tests even without presenting symptoms and without being sick. It will probably be the same dogs that will never be sick, unless there is an abrupt drop in their levels of defenses and the virus.

This has to do with the fact that some dogs develop by themselves in their immune system the antibodies necessary to be exposed to the parasite without getting sick. In this way, although some of them can be found in blood or tissues, the clinical manifestations have resistance.

The first point to note is that the disease as such is not cured. The parasites diminish their range of action and, thus, the dog has the opportunity to raise their defenses and recover from the symptoms, but they will not leave their system.

From there, the treatment itself will depend on the degree of complication of the disease and the systems involved. If it has affected the renal or hepatic system, one of the keys to treatment will be the pharmacology for the restoration of these systems.

It may even be necessary to consider some type of hemodialysis or transplant in extreme cases.

If, on the other hand, the disease has not progressed too far, simple pharmacological treatments involving pentavalent drugs such as amphotericin B, pentamidine and ketoconazole are carried out, which are administered either injections or orally, alternately.

However, a key point of the process is feeding the dog. A total change in eating habits, with a diet rich in nutrients and proteins, will be the best ally so that the body of the dog can fight the infection.

¿How can canine leishmaniosis be prevented?

Do not discard the repellent: If you and your dog live in areas of risk and where there have been cases of infection, both in dogs and humans, it is important that you get insect repellent for canine application.

Whether administered in the form of a collar or with pipettes, this product will prevent the mosquito from biting the dog. However, if the contagion has already occurred, the repellent will have no effect on the presentation of the signs of the disease.

Up to date with vaccines: Especially with dogs that live in risk areas, because that’s where you see the need and application of the vaccine. Although the same is not totally effective to prevent the onset of the disease, it does help in the presentation of symptoms, softening the impact.

Caring for and strengthening the immune system of the dog: It is important that the animal has a balanced diet and that we advise the veterinarian about food and supplements that we can give to help your immune system to progress, stabilize and, above all, strengthen your face to any disease.

When it comes to leishmaniosis, prevention is the key; keep an eye on any symptoms that the dog may present and go to the veterinarian if any of them appears is the most advisable for the care of the animal.

¿How to act in front of a viper’s bite?

What to do when fleas invade our pets