Causes and treatment of canine coprophagia 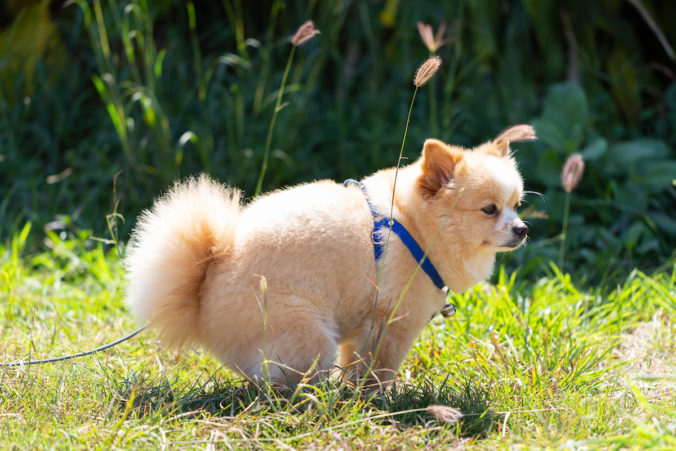 Causes and treatment of canine coprophagia

Whether due to alterations in health, behavioral problems or nutritional complications, many dogs tend to ingest their own feces or those of other animals. This behavior is called coprophagy and although it occurs quite frequently, it usually causes confusion among the owners of the animals.

In order to know what the causes are and what solution can be used to correct this behavior in dogs, we have prepared the following note.

¿Why do some dogs eat feces?

In the veterinary literature, canine coprophagia is the scientific name of this behavior and is defined as the voluntary ingestion of feces by the dog, due, generally, to behavioral alterations or behavioral disorders of the animal, although in certain cases it can be considered as a normal behavior of our pet.

There are several reasons why a dog comes to ingest its own feces or those of other animals. In some cases, dogs begin to consume these droppings because their own body drives them to naturally correct some alteration generated in their digestive process.

But canine coprophagia can also be due to other natural causes.

¿What are the causes of canine coprophagia?

In principle, during the first weeks of a dog’s life, the mother ingests the feces of her pups at the time of performing the ano-genital stimulation so that they can meet their needs. This practice is also common as it allows you to keep the space clean.

However, there are some clinical causes that can generate a problem of canine coprophagy, although these do not usually represent most of the cases that occur.

Among the medical causes that can cause canine coprophagia, we can mention pancreatic problems, nutritional deficit or malabsorption syndrome, among others. Some pathologies such as diabetes mellitus, parasitosis or Cushing’s disease can also cause this problem.

In addition, poor diet can also cause canine coprophagia; in this way, if the diet established for the animal does not cover its nutritional requirements determined by professionals, the dog will seek to fill this deficiency by consuming its own excrement.

Some of the cases of canine coprophagy may be due to behavioral causes. For example, on certain occasions, dogs eat their own feces or those of other animals as a way to explore and discover their surroundings.

Also, it may be the case in which a dog imitates the behavior of another who observes eating feces. Many times, a dog shows submission to another by consuming its feces; This situation often occurs when there is more than one dog at home.

When a dog is set aside and does not receive the attention of its owner, it usually consumes its own feces as a way of attracting attention or simply as a fun for lack of sensory stimulation.

Certain compulsive behaviors on the part of the animal as a result of suffering from anxiety and stress situations can also cause canine coprophagia problems.

Other conditions such as overcrowding or lack of cleanliness can also trigger this behavior in the pet.

According to specialists, canine coprophagy may also be due to the fact that the dog simply found it pleasant to consume the depositions of other species, without manifesting health problems or any behavioral disorder.

¿How to correct canine coprophagia?

Based on the causes that may have triggered this behavior in the dog, it is possible to determine the ideal solution for this problem. Thus, if it is an alteration in your health, the veterinarian will establish the appropriate treatment to cure the disease or pathology directly.

If, on the other hand, canine coprophagia is due to a behavioral problem, there are some recommendations that can help correct this behavior in the animal:

Extreme cleaning measures in the area where the dog lives. Keeping the environment clean will help reduce the likelihood of stool consumption by the pet.
Placing a muzzle in the dog’s snout can be a good remedy to avoid this problem, especially if the animal is accustomed to eating feces while being alone at home or when it is taken for a walk.
Offering the dog some toy that distracts him is an excellent practice to keep him entertained, grabbing all his attention.
The punishment can be considered a bad practice to correct the problem since, on the contrary, it can induce the dog to consume its own feces because it considers that it must eliminate the proof that it acted badly.
On the other hand, rewarding him when he defecates could serve to encourage him to seek his prize and distract him from what he has just done, making him forget to consume his own bowel movements.
Many veterinarians recommend adding some preparations that alter the smell and taste of excrement in the animal’s diet, making them repulsive for the dog.

Canine coprophagia can represent a serious health problem for the dog; the stool consumed may be contaminated with bacteria, fungi or parasites. The animal can face intestinal infections or other diseases of greater or lesser severity.

Correct the behavior of our pet can become an odyssey and success will depend on the personality of the animal. For best results, it is advisable to consult with the veterinarian about the best way to modify the dog’s behavior.

Tricobezoares in cats: is it normal for cats to vomit hair?