¿What is canine atopy? 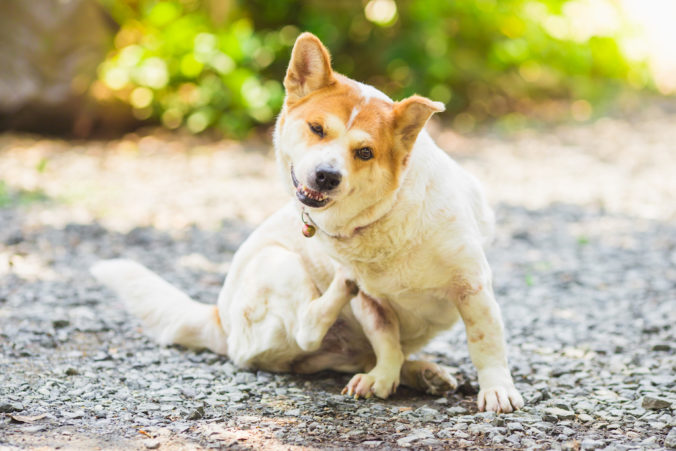 ¿What is canine atopy?

If your dog shows redness or skin lesions and scratches very often, it is likely that he is suffering from canine atopy, an inflammatory skin disease that is caused by a hypersensitivity to certain environmental components.

To learn more about this pathology, we have prepared this interesting post in which we tell you what canine atopy is about and how its symptoms can be relieved.

Some notes on Canine Atopic Dermatitis

Of unknown origin, Canine Atopic Dermatitis, commonly known as canine atopy, is a chronic disease that is associated with allergies. The most prominent symptom is intense itching, which forces the dog to scratch compulsively.

The areas most affected by canine atopy are usually the ears, ankles and armpits, although it also occurs in the abdomen, around the eyes and between the fingers of the animal’s legs.

There are various substances or elements that can trigger the allergic reaction that canine atopy produces, including mold, dust, mud, pollen or grass. The specialists relate this pathology to the state of the animal’s skin and to a certain genetic component.

This disease manifests itself more commonly among younger dogs, whose ages range between the first and third year. Many times it occurs in the warm months of the year, although its incidence is also maintained in the fall and winter.

¿How to identify canine atopy?

If we notice that our dog scratches compulsively, it is likely that we are facing a picture of canine atopy. Simply check the pet’s skin to identify lesions caused by the allergic reaction, especially in the most sensitive areas.

By observing the skin of the animal, we may find irritation, hives and redness in certain areas. In the most complicated cases, we can visualize deeper lesions, hairless areas and darkened and rough skin.

Other pathologies can occur as complications of canine atopy, such as bilateral conjunctivitis, otitis or infections generated by bacteria.

After a thorough review by the veterinarian, the specialist can determine the most appropriate treatment to improve the clinical picture of the pet.

The most common actions include periodic baths with a special type of shampoo, a significant improvement in the diet of the animal aimed at strengthening the skin and adequate control of any attack of parasites.

The veterinarian may recommend the use of corticosteroids, as well as specific allergen immunotherapy. Foods high in fatty acids help relieve symptoms not only of itching but also pain and inflammation in the animal.

Symptoms and treatment of diabetes in cats

Characteristics and peculiarities of the exotic cat