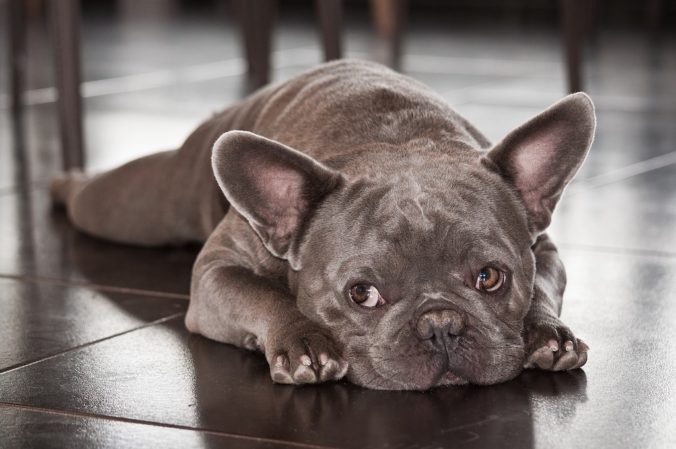 Changes in the anatomy of the skulls of some animals of brachiocephalic breeds, such as bulldog, boxer, Pekingese or shih tzu, distort the nasopharynx, generating a pathology known as brachiocephalic syndrome, which obstructs the respiratory tract and requires treatment special since it can generate serious complications. Let’s see, next, what brachiocephalic syndrome is about and how we can identify it in our pet.
The brachiocephalic syndrome, also known as upper respiratory tract syndrome, generates multiple consequences in the animals that suffer from it, since it causes an obstruction of the respiratory tract, making it difficult to breathe. In general, this pathology affects dogs of flat breeds or brachiocephalic, although not necessarily all dogs of these breeds will develop.
This brachycephalic respiratory syndrome produces a considerable increase in the resistance of the airways, basically, by a soft palate extended or lengthened more than normal and that manages to block the airways. Also, it is possible that it is generated by an anomaly in the pharynx that prevents the passage of air to the trachea, or by narrow nostrils that hinder breathing through the nose.
In addition to the need to oxygenate the body, breathing in dogs has a very special additional function: it manages to regulate its body temperature. Hence the seriousness of this pathology, since the animal not only will have difficulty breathing regularly but may also be the victim of a heat stroke, being able to suffer convulsions and irreversible damages in the digestive system and in some vital organs.

Some of the most representative symptoms are intolerance to exercise, persistent cough, snoring, agitated breathing, sneezing and dyspnea, among others, being the difficulty to breathe and snoring after physical exertion, the first signs to manifest. As time goes by, the pet develops pharyngitis, laryngitis, or associated pathologies.
If these symptoms occur in the animal, it is necessary to go immediately to the veterinary clinic so that the specialist can perform the rigor tests.
For an adequate diagnosis, the veterinarian will perform an endoscopy of the respiratory tract. In addition, the specialist may require a chest x-ray, electrocardiogram and complementary urine and blood tests. The objective will be to rule out the presence of laryngeal collapse, tracheal hypoplasia or secondary pathologies.
The usual treatment of the brachiocephalic syndrome consists of a veterinary surgical procedure in order to enlarge the animal’s nostrils and remove excess tissues. The operation may also be aimed at shortening the palate.
Depending on the state of the pet, it is likely that the veterinarian will determine the use of anti-inflammatory drugs, bronchodilators and antitussives.
Symptoms of brachiocephalic syndrome usually appear in the adulthood of the dog so it is convenient to pay attention to the breathing of the dog and any manifestation of agitation or snoring. Humid or very hot climates often aggravate the situation, in which case a visit to the veterinarian is necessary to assess their situation.

How is the breeding of Australian parakeets