How to redirect cats’ aggressiveness with feline ethology 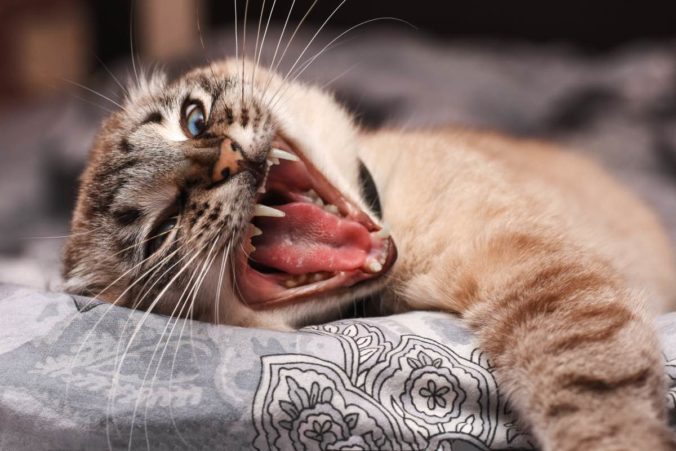 How to redirect cats’ aggressiveness with feline ethology

The relationship between humans and cats goes back a long way. Sometimes these small cats (although still wild, less and less so) create true bonds with “their humans”. Other times, the relationship between cat and human is not good and problems arise. Cats behavior can be very unpredictable, and when problems like aggression arise, you need to know how to help them. It is just at that moment that feline ethology appears as a solution to problems like this.

What is feline ethology?

When we talk about feline ethology we refer to the science that studies the behavior of cats. During a cat’s life cycle from birth, it goes through a series of stages through which its behavior develops. These are the neonatal period, the transitional period, the period of socialization (probably the most important in behavioral aspects) and the juvenile period.

Thanks to the ethology and scientific studies developed in this field, we can get an idea of ​​what is the “natural” way of behaving in cats and what behaviors are expected of them. Ethologists are able to explain the reason for their behavior and help us distinguish when that behavior is not appropriate, or how to modify it.

Feline ethology itself has its clinical branch. This is the veterinary practice that studies the behavior of cats, is responsible for diagnosing possible behavioral problems and is an appropriate veterinary treatment to solve them.

In general terms, aggressiveness in cats originates when, in certain situations, a stimulus appears that generates fear, discomfort, surprise or pain in the cat. But the stimulus is not accessible at that moment, so the feline decides to choose another target that is within reach: it can be another animal, an object or another person. The problems come when from that moment on, the cat develops fear towards the chosen target, since at any moment another attack can take place.

For this reason, when the target chosen by the cat is another person or domestic pet, great tensions and concern are created by the family, which does not know how to manage the situation.

The stimuli that usually motivate this type of behavior in cats are:

The prognosis of feline aggressiveness

This type of feline aggressiveness is the most common, unpredictable and dangerous that these animals can suffer, so it is important to go to your trusted veterinarian first so that he can rule out other types of health problems, and then be referred to a specialist. cat ethologist.

In any case, they must be evaluated by specialists, since the treatment will be very different depending on the cause that motivates their behavior.

Do you have kittens at home? Do you think any of them may be suffering from an aggressive problem? From the beginning, good socialization with them is important, as well as a good environment in the home in which they live. If you think your cat needs help, do not hesitate to go to a professional.

What is the prognosis of bone cancer in dogs?

Gastritis in dogs: how to detect and treat it