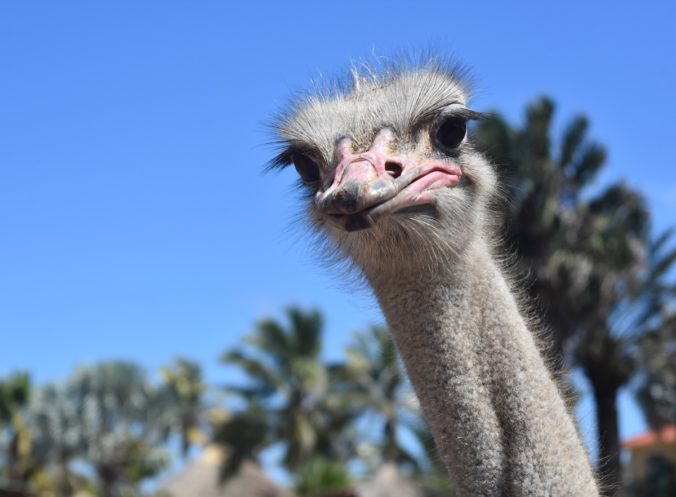 We list 10 flightless birds, but also explain their main characteristics and the reasons why they cannot fly.

Why are some birds flightless?

It should be clear that all of today’s flightless bird species are descended from ancient birds that had the ability to fly. This means that they lost the ability to fly because at some point they had to adapt to their environment in order to survive.

One of the reasons why some of these species lost the ability to fly had to do with the lack of predators in their environment. This explains why most flightless bird species are native to distant mainland islands, such as New Zealand, which have no predators. Flying became less frequent and unnecessary over time because it requires so much energy. In fact, flight is the most expensive mode of locomotion in nature.

Another reason has to do with the fact that some species that had previously been smaller in prehistoric times evolved to be larger in order to take advantage of new prey found in their habitat. However, as they grew larger, they became heavier, making it more difficult for them to fly. The amount of energy needed to fly increases in proportion to body size, so flightlessness usually coincides with body mass. However, it is important to clarify that not all flightless birds are large, some are small, such as the kiwi.

Now that you know some of the most important characteristics that all flightless birds have in common, it is time to mention the most representative species.

Here is a list of the names of 5 popular flightless birds. We will also explain the main characteristics of each of these species and some interesting facts you probably didn’t know about them:

We start our list of flightless birds with the popular ostrich (Struthio camelus), a bird that lives in Africa. It is the largest and heaviest bird in the world. Ostriches can grow up to 2.74 m tall and weigh more than 136 kg.

As they cannot fly, they have developed strong legs and can run up to 89 km/h. During their runs, the wings help the ostrich to gain momentum and also serve to stun predators with blows. Ostriches also use their powerful legs to kick other animals to defend themselves.

Unlike its flightless congeners, such as the rhea and ostrich, the kiwi (genus Apteryx) is a small, chicken-sized bird. There are 5 species, all native to New Zealand. The kiwi has the peculiarity that its wings are so small that they are barely visible, as they are hidden under the feathers.

They are shy, nocturnal animals that feed omnivorously. Unlike other birds, kiwis have nostrils at the tip of their beaks rather than at the base.

The cassowary is a genus of flightless birds that includes three distinct species. They are common in Australia, New Zealand and Indonesia, where they inhabit rainforests and mangrove swamps. They are characterised by blue or red colouration on their necks that contrasts with the rest of their plumage, which is black or dark brown. But don’t be fooled by their beautiful plumage because cassowaries are quite heavy, the only bird that weighs more is the ostrich. Cassowaries weigh around 35 kg. They are also dangerous because they have a dagger-like claw that can grow up to 25 cm long, on the middle toe of each foot.

Although most duck species fly and are indeed great fliers, the steamer duck (Tachyeres pteneres) is a common flightless bird in South America, especially in Argentina. This species is an excellent swimmer and spends most of its life in the water, where it feeds on fish and shellfish.

They owe their name to the fact that they run over the water beating their wings like the wheels of a steamboat. Steamboat ducks are notoriously aggressive and have been known to engage in bloody battles over territorial claims.

The mating system is polyandrous, meaning that a single female can breed with several males. They are about 1 m long and weigh between 2.49 kg and 5 kg. They are black and brown in colour with a long beak and small wings. As with other cormorants, this bird’s feathers are not waterproof, and it spends time drying its small wings in the sun after each dive.

Cuterabra in cats: what it is, symptoms and how to cure it

How to treat canine rhinitis?