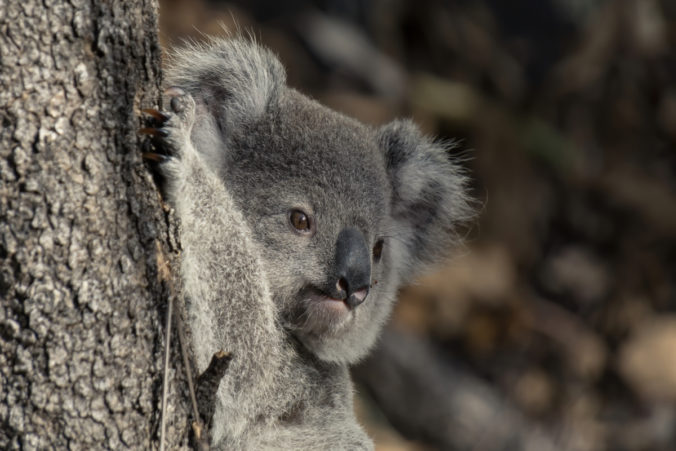 Like people, some animals prefer to be in groups, herds, or pairs throughout their lives, while others prefer solitude and tranquility. This does not mean that these solitary species live sad or depressed; they are self-sufficient, and that is how they can survive.

Keep reading this article and discover 5 lonely animals that you can find in the world. If you are an introvert, you may be able to relate to some of them!

Platypus are solitary animals for most of their lives, although they can sometimes be seen in pairs. Mothers only stay with their young for a few months.

Leopards are the most sought-after bachelors in the jungle, forests, and savannah. Known for their beauty and elegance, these big cats are solitary creatures. They only meet other members of their species when they mate or while raising their young.

The rest of the time, both male and female leopards enjoy their quiet solitude. After all, unlike many other big cats, leopards don’t need a pack to hunt successfully. This is one of the many reasons, for example, why snow leopards are in danger.

Koalas are naturally solitary animals and appreciate tranquility. They will always choose to go up and hug a tree rather than another koala.

Although they are friendly, koalas have well established territories, and these areas are often highly respected. When they are young, they can be seen riding on their mother’s back. However, they are soon going to fend for themselves and live a life of solitary freedom.

Female koalas generally stay in the same territory, while male koalas, with the exception of a few dominant and larger males, are travelers. If crossed, male koalas can fight, chasing and biting each other.

All bears, from the polar bear to the brown bear, like to live alone. It is in their nature to be solitary animals, and most species of bears are like that.

Bears prefer the company of a tree or, in the case of polar bears, a good chunk of ice, rather than the company of another bear. However, this does not mean that they spend their entire lives alone. They meet other bears to reproduce and the mothers spend a lot of time with their young. However, as a general rule, bears are the loneliest carnivores in the world.

The lionfish has no choice but to be a solitary marine animal. These fish are as beautiful and fascinating as they are poisonous, and it is suspected that they developed precisely that characteristic to remain alone. Besides that, these fish never come out during the day, preferring to stay hidden.

The lionfish’s dorsal fins are loaded with powerful venom and they are always ready to attack when in the presence of a predator or other invasive lionfish that may roam their territory.